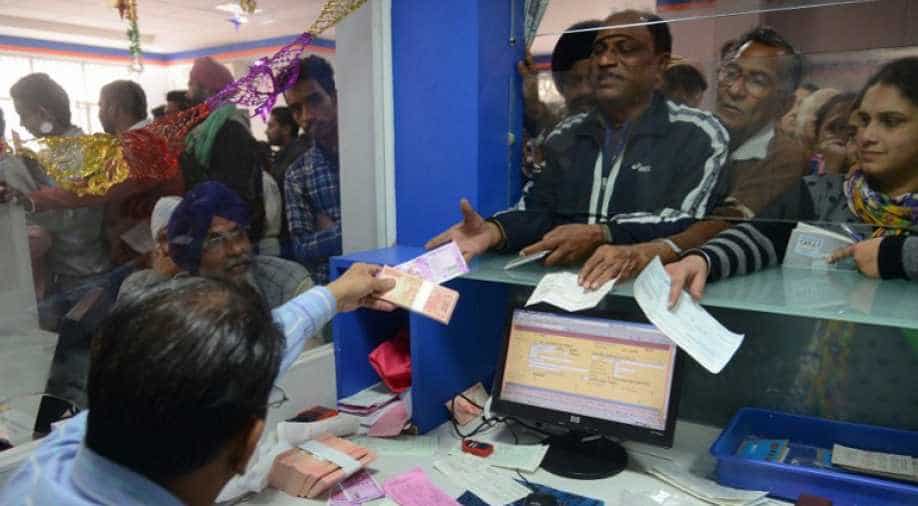 One of the measures the govt is considering is giving the defaulter a month's time. After that, he or she will arrested, whether the case is settled or not. Photograph:( AFP )

With more people using non-cash modes for transactions, the government is facing demands, particularly from traders' bodies, for a legal system that makes payments made through cheques more secure, according to sources.

If the proposal is accepted, the government could come out with a legislation to amend the law pertaining to cheque bounce cases. Among the measures the government is examining is one that gives the defaulter a month's time, after which, if the matter remains unsettled, he or she will be arrested even before the case is settled, the sources said.

At present, dishonour of a cheque, in view of inadequate funds in account, is a criminal offence under Section 138 of the Negotiable Instruments (Amendment) Act, 1881, and can be punishable with imprisonment for a term which may extend to two years or with fine of twice the amount of the cheque or both.

Sources said that despite the law, there were several instances when the payee was made to wait to get the money for years after a cheque bounced. There were 18 lakh cases of cheque dishonour pending in courts across the country till 2014 end, according to a reply in Lok Sabha. While Maharashtra topped the list of such pending cases, it was followed by Gujarat, Rajasthan and West Bengal.

The proposed amendments to deal with this issue, which are yet to get the final stamp of approval, could be brought in the budget session of Parliament in February. The objective is to cut down litigation and act as deterrent to defaulters.

The traders, who traditionally have been BJP supporters, have expressed concerns about the problems of cheque bouncing, particularly at a time when more and more people were adopting non-cash mode of payments, the sources said.

Ghanshyam Aggarwal, former co-convenor of the BJP's traders cell, said traders' apprehensions on various issues after demonetization, like the problems they faced due to the limit on cash withdrawal have been conveyed to Finance Minister Arun Jaitley.

Earlier this year, the government had notified the Negotiable Instruments (Amendment) Bill, 2015, to allow filing of cheque bounce cases in a court at the place where it was presented for clearance and not the place of issue. Litigants had to sometimes travel long distances to different places from where cheques were issued and not honoured.