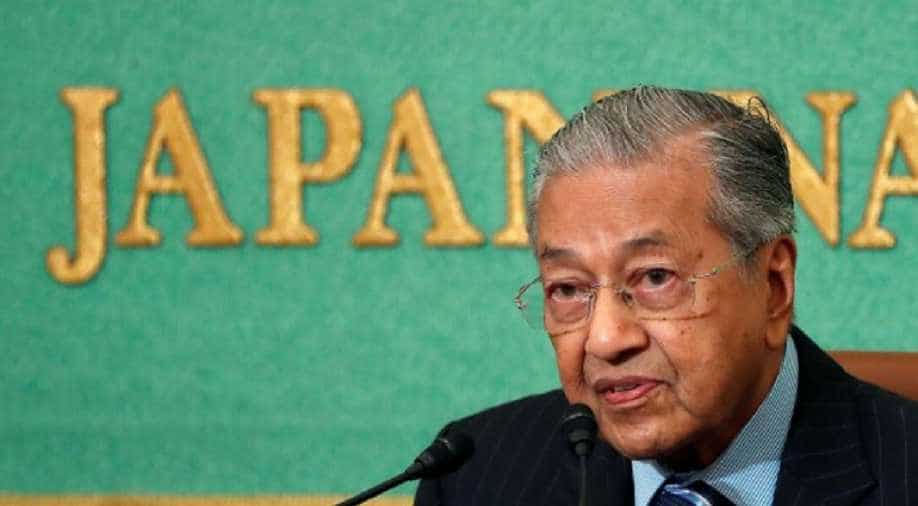 Malaysia's new leader Mahathir Mohamad meets his Thai counterpart late Wednesday in his first visit to his northern neighbour as hopes rise that he can help prospects for peace in Thailand's violence-scarred south.

Malaysia's new leader Mahathir Mohamad meets his Thai counterpart late Wednesday in his first visit to his northern neighbour as hopes rise that he can help prospects for peace in Thailand's violence-scarred south.

Thailand's mainly Muslim southern region bordering Malaysia has been in the grips of a low-level but bloody insurgency for more than a decade, as ethnic Malay militants battle the Buddhist-majority state for greater autonomy.

The insurgency has seen almost 7,000 people -- mostly civilians -- killed since 2004, although the death toll in 2017 was the lowest in 13 years amid a tighter security operation.

Malaysia has long acted as a facilitator for brokering peace talks between the Thai government and Mara Patani, an umbrella group that claims to be a political wing representing the shadowy network of rebel fighters clashing with state forces.

But the talks have stalled in the past year, and both countries recently appointed new representatives to lead the delicate negotiation process.

"This gives us hope to move the peace process forward," he said. "We need Malaysia as a facilitator."

But analysts of the Deep South conflict remain sceptical of moves to jumpstart fractious talks months before expected elections in February.

"Mara Patani said they are not going to come to the table until there is a democratically elected government in Thailand," Don Pathan, a Thailand-based independent analyst, told AFP.

"Most importantly, the BRN, the group that controls virtually all the combatants on the ground, are not part of the dialogue."

The BRN, or Barisan Revolusi Nasional, is believed to oversee most fighters but has long refused to talk barring international mediation -- which the Thai government has consistently rejected.

Thailand's three southernmost provinces were colonised over a century ago.

But the majority Malay Muslim population have long chafed under Bangkok's rule.
Rights groups have accused both the insurgents and security forces of widespread human rights abuses in the region.

How far talks go depends not on Malaysia, but on the Thai military which has "dragged its feet" on the process, said Paul Chambers of Naresuan University, an expert on the conflict.

"The fact that the talks have fallen off could mean that the junta has seen them more as a public relations stunt than as a sincere endeavour."

Mahathir's visit to Thailand will be the first for the statesman since he swept to a surprise victory in the country's national poll in May.

He will also meet with members of the Malaysian diaspora on Thursday, followed by a public lecture at Bangkok's Chulalongkorn University on the two countries' relationship.