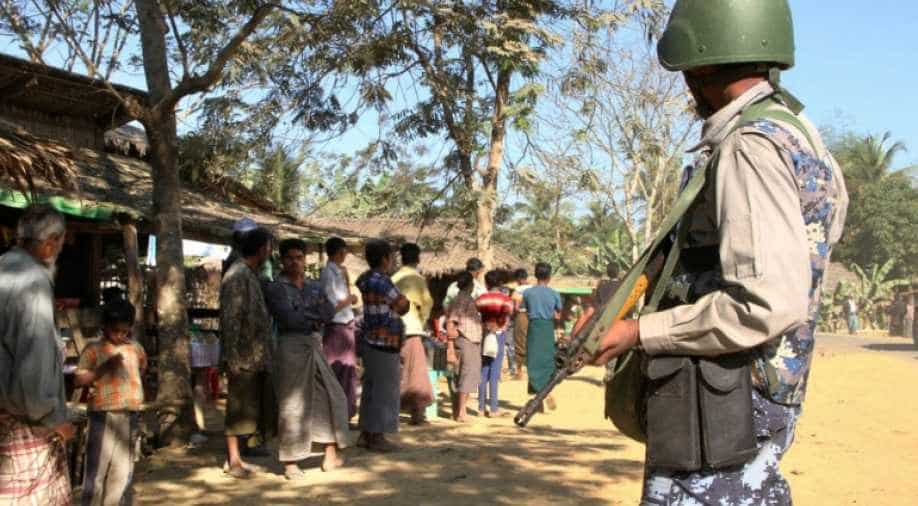 Thousands of troops have been deployed across northern Rakhine to root out Arakan Army (AA) insurgents in violence which has displaced more than 30,000 people since December.

Rakhine villagers trapped by a Myanmar army lockdown said Tuesday they are fast running out of water as the operation against suspected ethnic rebels -- which killed six and saw mass detentions -- entered a third week.

Thousands of troops have been deployed across northern Rakhine to root out Arakan Army (AA) insurgents in violence which has displaced more than 30,000 people since December.

Myanmar's armed forces are using heavy artillery against the AA, who are fighting for more autonomy for the state's ethnic Rakhine Buddhists, but civilians say they have been caught up in the operations.

It was also the scene of the military's brutal crackdown against Rohingya Muslims in 2017, which forced some 740,000 over the border into Bangladesh in violence branded as "genocide" by UN investigators.

On 30 April, security forces raided the ethnic Rakhine village of Kyauk Tan in Rathedaung township, taking 275 men for interrogation at a school.

Eight men have been arrested and taken to state capital Sittwe, military spokesperson Brigadier General Zaw Min Tun said, adding that six of them had confessed to being AA members.

He said all the remaining detainees were released Monday.

But residents told AFP by phone Tuesday the village remained sealed off -- and food and water supplies were running dangerously low.

"Both humans and animals are thirsty as we still cannot go outside the village," said village elder Tun Thein, 56.

"Some animals have died from starvation and thirst," he said, adding soldiers were still preventing residents from moving freely.

Another woman, asking not to be named, said the villagers were forced to boil "muddy water" to drink.

Zaw Min Tun said as far as he knew the only people still facing constraints were the released detainees in case they were needed for "further investigation".

In the absence of oversight, fears are mounting of military impunity.

Zaw Naing was one of the final detainees released from the school Monday.

He told AFP three of his family were among those shot dead during the ordeal and said residents were still "living in fear".

The AA has denied the villagers were rebels.