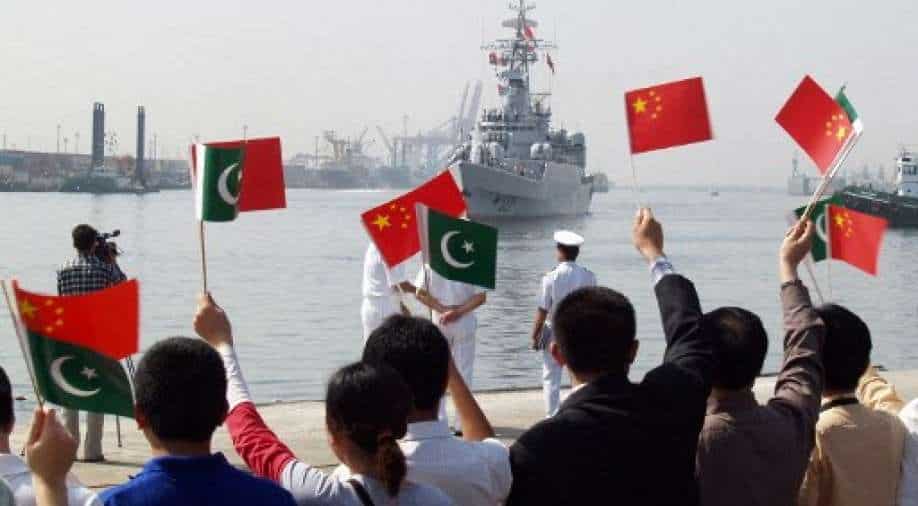 China State Shipbuilding Corporation Limited (CSSC) while handing over the warship to the Pakistan Navy said it is the 'largest and most advanced warship ever exported'.

Amid growing military ties, reports say China has delivered  "the most advanced warship" to Pakistan.

The ship is a Type 054A/P frigate which has been named PNS Tughril by the Pakistan Navy.

China's Global Times reported the warship has "surface-to-surface, surface-to-air and underwater firepower" and can carry out "extensive surveillance" including combat management and "electronic warfare system".

The state-run daily quoting the Pakistan Navy said the warship can operate in an "intense multi-threat environment".

According to China State Shipbuilding Corporation Limited (CSSC), the warship is the "largest and most advanced warship ever exported". CSSC added that it is another "major achievement of China-Pakistan friendship".

The report claimed the warship will form the mainstay of the Pakistan Navy. China's state-run newspaper quoted a PLA expert who said that the warship has "better air defence capability" and "improved radar system" and has missiles with long-range.

The warship was reportedly handed over to the Pakistan Navy during a commissioning ceremony in Shanghai.

Military ties between the two countries have been growing for several years. Reports had earlier claimed that Argentina was planning to buy Chinese-built 12 JF-17A fighters. The warplane is jointly built by Pakistan and China's Chengdu Aircraft Corporation.

China had delivered the first  JF-17 fighter jet to Pakistan two years ago and it has now reportedly become the mainstay of the Pakistan Air Force.