According to campaign strategy, 70 ministers, majority from the Centre would hold one public meeting and one padyatra each for two days.

Shah and Nadda will either hold a padyatra or address group meetings in every constituency, sources said. The candidates will also be asked to hold padyatras in their constituencies every day.

According to their campaign strategy, 70 ministers, the majority of them from the Centre, would hold one public meeting and one padyatra each for two days. 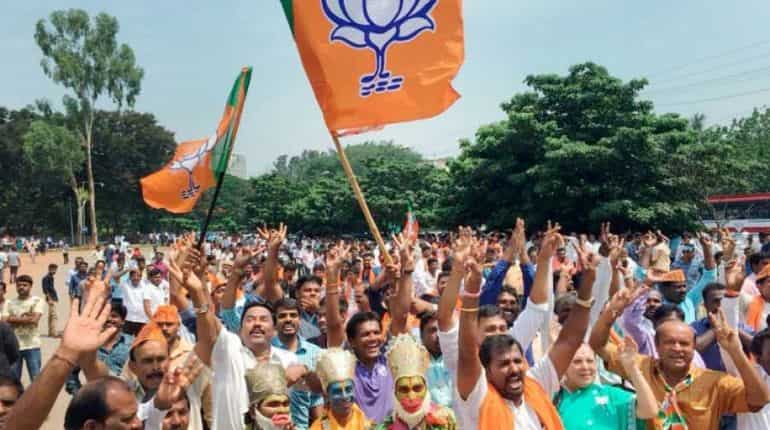 The strategy for carpet bombing was planned last night to destabilise the hold of AAP in Delhi and Shah asked senior leaders present in the meeting to organise meetings for him even if these were small gatherings.

These meetings could take place at the residence of the candidates to strengthen their stature further or in slums or colonies which were authorised by the government recently.

From January 31 to February 2, BJP leaders will highlight the schemes of the Central government. The leaders have been asked to communicate to the candidates that from January 25 onwards every day there should be a bike rally, a group of 20 people who would tour the constituency with flags and banners of the BJP candidate.

"With bike rallies, literature will also be distributed outside metro stations. Every car or other vehicle that is in support of BJP should have the candidate's sticker," added the source.

Polling on 70 Assembly seats in the national capital will be held on February 8 and the counting of votes will take place on February 11.