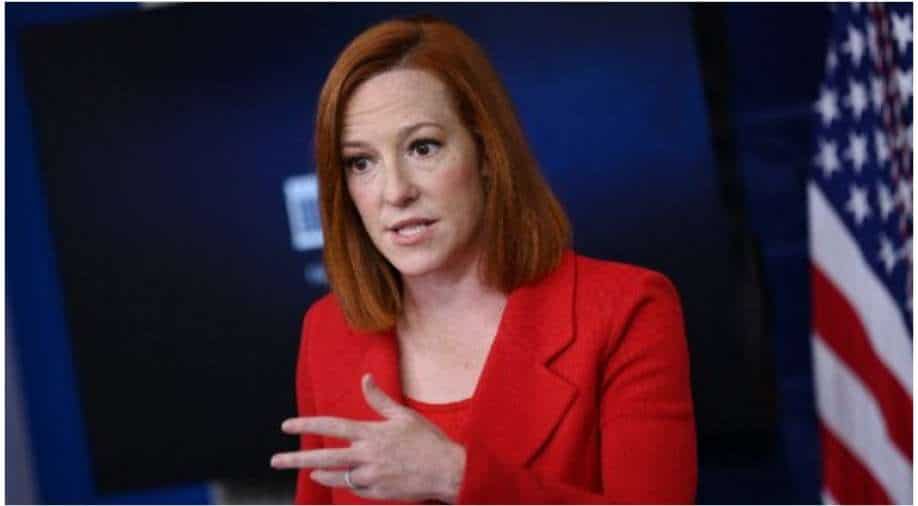 US President Joe Biden is looking forward to a meeting with his Afghan counterpart Ashraf Ghani during which the two leaders will discuss ways to ensure Afghanistan never again becomes a safe haven for terrorist groups who pose a threat to America, the White House has said.

Biden will meet Ghani at the White House on Friday for the first face-to-face interaction ahead of the withdrawal of the remaining US and NATO forces from the war-torn country by September 11.

"The President looks forward to welcoming him to the White House for a meeting on Friday. I expect their focus of their conversation will be to continue to discuss how we can work together to ensure that Afghanistan never again becomes a safe haven for terrorist groups who pose a threat to the US homeland," White House Press Secretary Jen Psaki told reporters on Monday.

Their conversation will also be about how they can work together to continue to implement humanitarian assistance, other assistance that the United States remains committed to, even as the US works to draw down its troops from Afghanistan.

The high-level meeting between Biden and Ghani will take place as the Taliban insurgents have in recent weeks captured dozens of new districts in Afghanistan and both sides are said to have suffered heavy casualties.

The escalation in fighting between Afghan security forces and Taliban militants have dealt fresh blows to the US-brokered peace negotiations between Kabul and the insurgents.

The US military exit from Afghanistan before September 11 stems from the February 2020 agreement Washington signed with the Taliban in return for counterterrorism guarantees and pledges the group would negotiate a political settlement to the war with the Afghan government.

In April, President Biden announced that the US will withdraw all remaining troops from Afghanistan by the 20th anniversary of the September 11 terror attacks, in an effort to end a deadly conflict that has cost trillions of dollars and the lives of more than 2,300 American troops.

Biden has made it clear that a continued military strategy was no longer sustainable in Afghanistan. "We cannot continue the cycle of extending or expanding our military presence in Afghanistan hoping to create ideal conditions for the withdrawal and expecting a different result," he said in a major policy speech on April 14 from the Treaty Room of the White House - where former president George W Bush first informed the nation of US strikes on al-Qaida training camps in Afghanistan in October 2001.

In response to Biden's announcement, Afghan President Ghani said his country respects his American counterpart's decision to draw down their troops by September of this year and Kabul will ensure a smooth transition.

Ghani pointed out that the Afghanistan National Defence and Security Forces have been carrying out most of the operations independently since the US-Taliban agreement of February 2020 to defend the people and the country.
"Our forces are capable of defending Afghanistan against current threats," the Afghan president said in a statement in April.