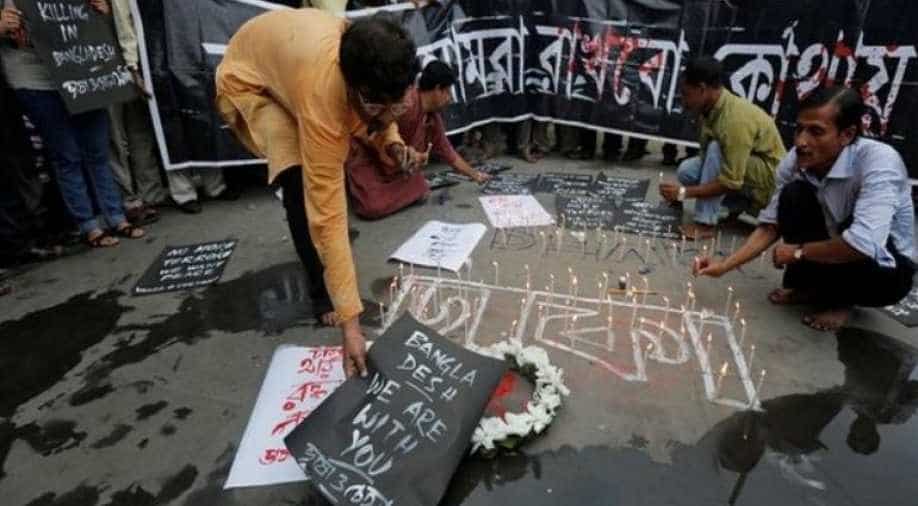 Vigil after the attack Photograph:( ANI )

The prosecution, at the end of the hearing, told the tribunal that the charges against the accused could be proven and demanded capital punishment for all of them

A special tribunal will soon deliver its verdict in the case pertaining to the Holey Artisan Cafe attack that left 22 people, including 17 foreigners, dead in 2016. It will be delivered in Dhaka on November 27.

The accused eight terrorists are currently in jail and appeared before the court yesterday. According to the Daily Star, Judge Md Majibur Rahman who belongs to the anti-terrorism tribunal of Dhaka set the date.

The prosecution, at the end of the hearing, told the tribunal that the charges against the accused could be proven and demanded capital punishment for all of them.

Meanwhile, the defence sought acquittals for their clients saying that the charges were brought based on confessional statements of six accused which could not be trusted.

Earlier, the tribunal had recorded statements of 113 prosecution witnesses.

During the trial, several eyewitnesses, including the wife of Hasnat Reza Karim who was a teacher of North South University, owner of the Holey Artisan restaurant, and top police officials narrated her experiences of the incident.

Hasnat was first arrested in the case but was later relieved of the charges following a probe in 2018 that found no evidence of his involvement.

On July 1, 2016, armed terrorists stormed the Holey Artisan Bakery at the diplomatic zone in Dhaka's Gulshan area. Two police officers were also killed during the 12-hour standoff that followed the attack.

The Counter-Terrorism and Transnational Crime Unit pressed charges against eight suspects on July 23 last year, whom they accused of destabilising the country by initiating the worst-ever terror incident.

The tribunal, on November 26 the same year, had framed charges against the eight accused in the case.