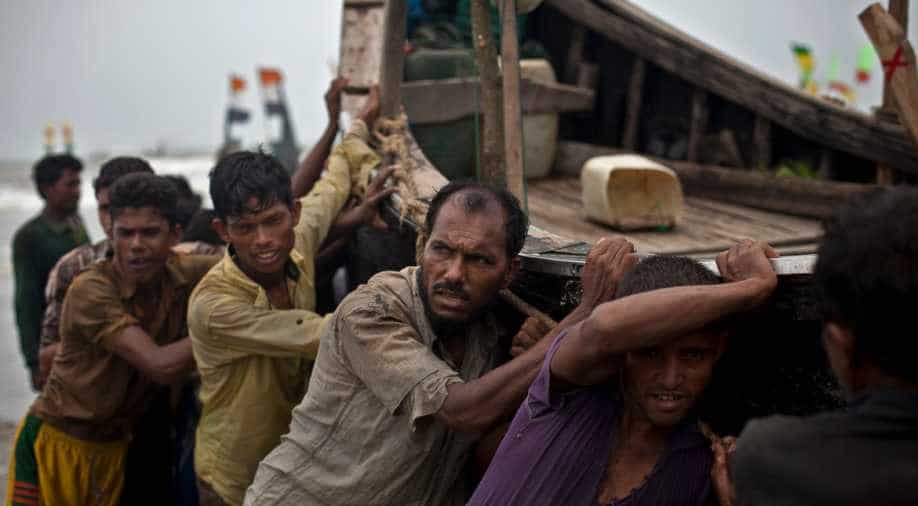 Bangladesh authorities are to push ahead with a controversial plan to relocate tens of thousands of Rohingya refugees who arrived from Myanmar to a remote island, according to a government website.

The government has set up a committee comprising state officials in the coastal districts, ordering authorities to help identify and relocate undocumented Myanmar nationals to Thengar Char in the Bay of Bengal.

"The committee will assist transferring both registered and unregistered refugees from Myanmar to Thengar Char near Hatiya island in Noakhali district," according to an order issued by the Cabinet Division last week and posted on the website.

Hatiya Island is situated on the estuary of the River Meghna and is nine hours' journey from the camps where the Rohingya have taken shelter.

Some 232,000 Rohingya Muslims, both registered and unregistered, were already living in Bangladesh before over 65,000 stateless Rohingya fleeing violence in Myanmar's western state of Rakhine began entering the country last October.

Most of those who fled to Bangladesh live in squalid conditions in refugee camps in Cox's Bazar district, which borders Rakhine state and is home to the country's biggest tourist resort.

Bangladesh has also asked its officials in the border districts to identify the Myanmar nationals who "illegally infiltrated" the country.

"It has to be assured by taking preventive measures that they (refugees) cannot spread out and mix with the locals," read the order which was dated January 26.

"The identified refugees should be arrested or pushed back to the camps if they try to go out beyond the assigned boundary."

The Rohingya refugees mostly live in squalid conditions in Cox's Bazar. Bangladesh first mooted the idea of relocating them in 2015 despite allegations that the island was still not ready for human habitation.

The idea sparked an outcry from Rohingya community leaders while a UN agency said a forced relocation would be "very complex and controversial".