Bangladesh: At least 10 journalists attacked ahead of polls 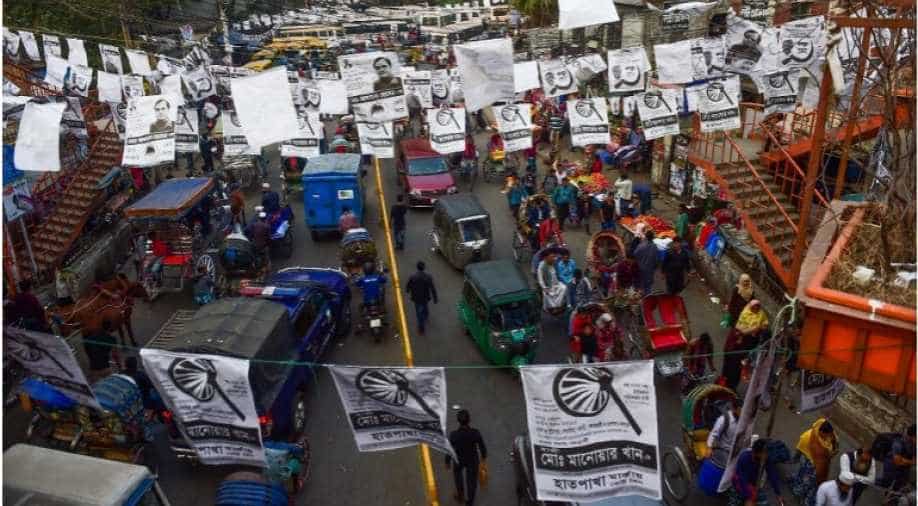 The newspaper also said one of its reporters has been missing since Monday evening.

At least 10 journalists were injured as ruling party activists allegedly attacked a motel in a central Bangladesh town when they were covering this week's national election, a senior journalist said Tuesday.

"The miscreants vandalised 16 cars. At least 10 journalists from Jugantor and Jamuna TV were injured during the attack," he told AFP, alleging the police delayed responding to their distress call.

The newspaper also said one of its reporters has been missing since Monday evening.

It blamed the student and youth wings of the ruling Awami League party for the attack, although police said they did not know the identity of the attackers.

"We rescued them (the journalists) from the situation," district police chief S.M Shafiur Rahman told AFP, rejecting the allegations police did not respond to the attack in time.

The chiefs of both outlets demanded immediate arrests of the attackers but the police chief said no formal complaints had been filed.

Violent clashes have marred the run-up to the December 30 election, with the opposition saying hundreds of its activists and dozens of candidates have been injured in attacks by followers of the ruling party.

Six people have been killed, including two from the ruling party.

Two news cameramen were also attacked by alleged pro-government activists in the central Munshiganj district on Tuesday, the online edition of the private NTV station said.

"The state and the government will have to shoulder the responsibility and take steps to curb such attacks," BFUJ President Molla Zalal said.

Press freedom has been under the spotlight in the South Asian nation as opposition and rights group have accused Prime Minister's Sheikh Hasina's government of muzzling dissent through controversial anti-press laws.