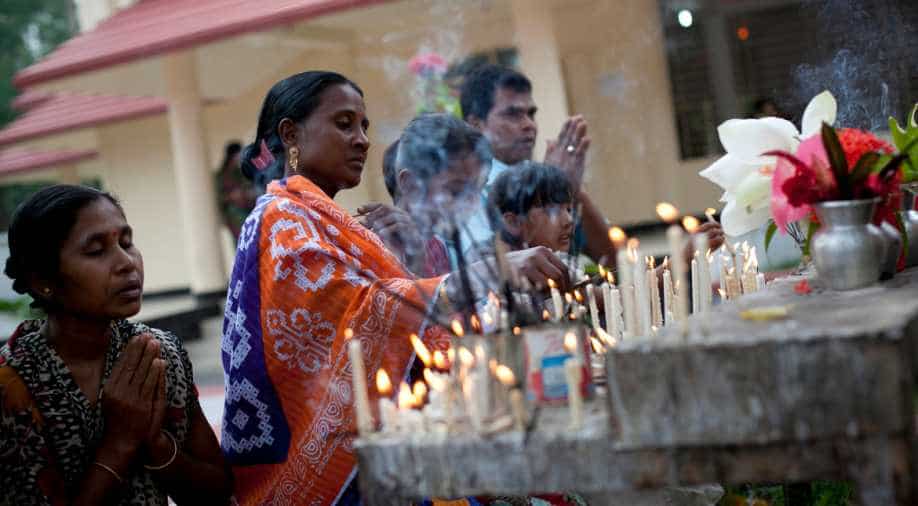 A cyber cafe owner was arrested in Bangladesh for allegedly masterminding attacks on Hindu temples and houses earlier this month.

Police said 30-year-old Jahangir Alam was nabbed last night from the Brahmanbaria town will be interrogated in custody for four days as he was brought before a magistrate.

Investigations revealed the cafe owner could have hacked the Facebook account of a Hindu youth and posted images of Hindu gods over those of Muslim holy shrines to instigate violence.

Police official Mizanur Rahman told PTI, that Alam was the main culprit who prepared handbills copying the controversial image (to be distributed among ordinary people) and hired trucks to carry the attackers to the scene at Nasirnagar (in Brahmanbaria).

Earlier, police arrested over 100 people for their alleged involvement in Nasirnagar attacks when the Islamists carried out two subsequent attacks ravaging nearly a dozen temples and over 20 houses.