Bangladesh: 5 members of a family suspected of links with Neo JMB killed in police raid 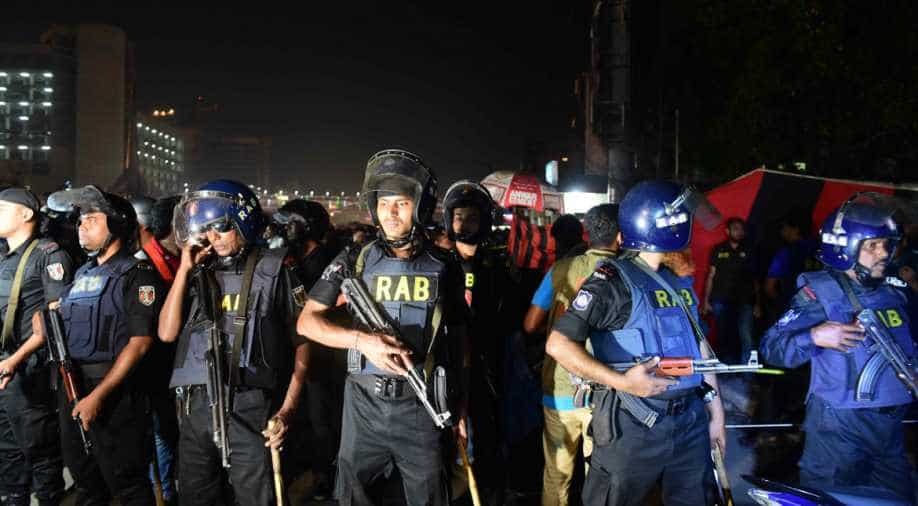 In the latest incident, police raided the hideout, about 200 miles (120 km) west of Dhaka, after a tip-off. (Representative image) Photograph:( AFP )

Police in Bangladesh shot down five members of a family they suspect was affiliated with the Neo Jamaatul Mujahideen Bangladesh in Rajshahi in the northern part of the country, Sumit Chowdhury, Assistant Superintendent of Rajshahi Police confirmed to WION. A firefighter was killed during the overnight raid and five members of the police were also injured.

Police said the five suspects belonged to the same family. They primarily suspected the son of the family Al-Amin's affiliation with neo-JMB.

Police and specialised units of the law enforcing agencies in Bangladesh have been carrying out countrywide anti-terrorist raids since March, which have killed several suspects of neo-JMB, a local terrorist outfit affiliated with the Islamic State.

A Sylhet house planted with IED led Bangladesh Army to wage a five-day operation taking out four members. The police suspected the members were part of the neo-JMB.

Eight suspects including four children were killed in an anti-terrorist operation in Sylhet codenamed "Operation Hitback" on March 30. "The objective of the operations appears to be elimination even if that is at the cost of lives," Khan told WION, adding many women and children are becoming victims of these operations.

"Our law enforcement agencies should be more careful, so that there are less casualties and suspects can be captured alive. That would provide an opportunity to reap benefits of de-radicalisation. When they die in the raids, acquiring further information becomes limited," Khan told WION.

Rights groups including the Amnesty International and Human Rights Watch have repeatedly raised concerns about enforced disappearances and extrajudicial killings in Bangladesh previously.

The anti-terror drives happen following a deadly cafe attack in Dhaka, that was claimed by the Islamic State in July last year, which killed at least 20 civilians.