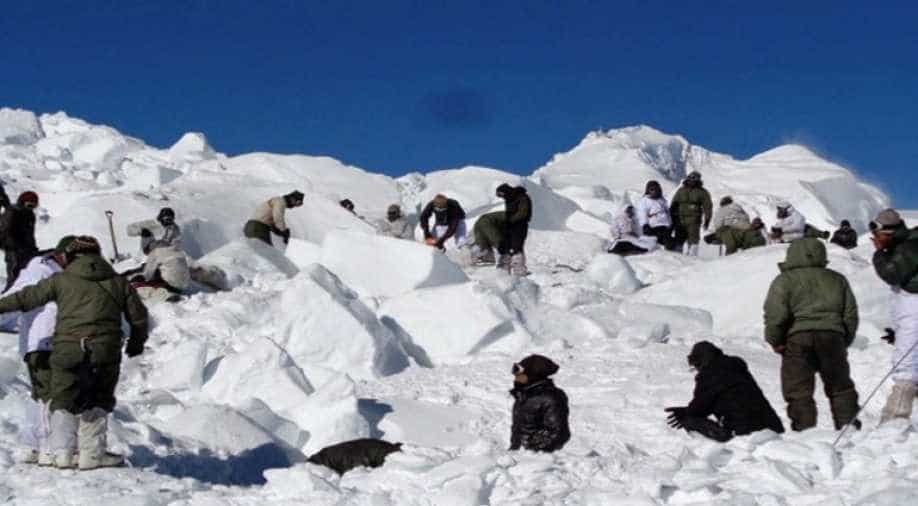 An avalanche hit an army camp in Gurez sector of Bandipora district near the Line of Control. Photograph:( AFP )

An avalanche hit an army camp in Gurez sector of Bandipora district near the Line of Control last evening in which several soldiers were trapped, the army official said.

He said rescue operations were launched and seven soldiers, including a Junior Commissioned Officer, were saved.

"Bodies of three soldiers were retrieved his morning," he said.

The official said another avalanche hit a patrol party which was on its way to a post in Gurez sector last evening.

"Rescue teams have so far retrieved seven bodies from the spot of the incident," the official said.

Yesterday, an officer was killed an avalanche at Sonamarg in central Kashmir Ganderbal district while four members of a family died in another avalanche in Gurez sector yesterday.

Authorities have issued a high danger avalanche warning in hilly parts of snow-bound Kashmir valley in view of fresh snowfall which has been going on intermittently for past three days.