Are Indian universities scared of protest? 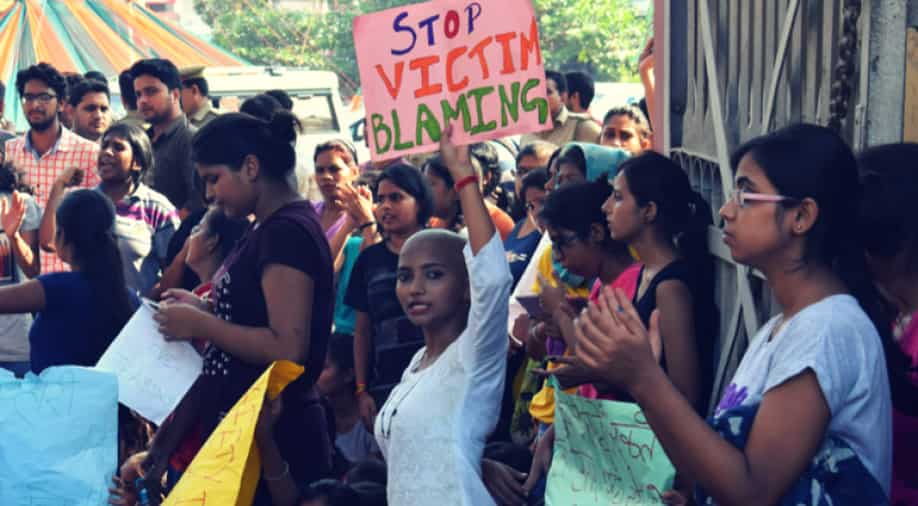 It is high time that we spell out to ourselves: Indian universities do not make us proud anymore. Be it 200 years old Presidency University in Kolkata or a post-independent young university like the JNU at the heart of India's capital, most of India's higher educational institutions have become bastions of reactionary ideas.

Shunning the lofty progressive ideas on which these establishments were founded, varsity administrative bodies across the country have been turning a blind eye to various forms of social malaise, ranging from sexism to casteist mentality. As if trivialising the angst of the marginal members of the institutions was not enough,the university management callS on the police forces to quell acts of agitation, brutally hurting the protestors in the process.

University of Hyderabad-Jadavpur University-Jawaharlal Nehru University-Delhi University, and very recently, Banaras Hindu University (BHU) has joined the list of insensitive management who did not hesitate to call the police in the name of keeping law and order intact in the premise.

Prime Minister Narendra Modi was visiting Banaras - his election constituency - on Friday. But the prime minister's visit acted no way as a deviation from the usual in the BHU campus, wherein a female student, very much like any other day, was subjected to sexual harassment. It is common knowledge that such acts of sexual aggression are actually not that uncommon in the century-old institution which has a female deity at the centre of its official seal. But whereas it is easy to deify women, it is equally, or more, difficult to protect and fight for her rights. Thus, the vice-chancellor of BHU, Girish Chandra Tripathi did not stop at unleashing the police on its pupil who gathered to protest against instances of eve-teasing on the campus, he did not shy away from demonising the protestors, trivialising the issues, and in sidelining the problem.

Can I give the vice-chancellor the benefit of doubt?

Loud and clear. We hear your views, Mr Vice Chancellor. But do you hear yourselves when you say, "If we listen to every girl, we can’t run the university." Listening to girls don't come easily to most of us, particularly, those who believe and practise a patriarchal culture. My concern is, can I give the vice-chancellor the benefit of doubt that he was not carefully thinking when he uttered those words?

But what if he deliberately said it.  The vice chancellor's words give me a chilling realisation that as a woman, I  and million others, will not be heard not, even if a bunch of hooligans puts their hands inside my blouse.

It is clear from Mr Tripathi's interview to the Indian Express that he sees this protest as an act of machinations by politically-motivated individuals who wanted to create a ruckus in the context of the prime ministerial visit. In his exact words, these protestors "are those who are not committed to the nation but work only for their individual selves." Evoking the interests of the nation, society, and humanity are very old tricks in the bag of all patriarchal establishment. In the name of some nebulous and far-fetched idea of greater good, all uncomfortable voices of dissent are stifled.

All acts of protest is an act of disturbance

For the defenders of law and order, all acts of protest is an act of disturbance for which the law enforcement agencies could be called into action. Those who are pleading the case that universities are a sanctuary, a place not to be easily violated, is shown the door. Indian Penal Code is profusely quoted to show that there is no legal validity to this claim. But as debators continue to fight over whether universities should (or should not) be treated as safe sanctuaries with minimal or no police interference, we are forgetting why police actions become necessary in the eyes of the administration in the name of maintaining law and order.

Historically speaking, European universities dating back to the medieval times, such as Bologna, Paris, and Oxford enjoyed limited rights of sanctuary.  American universities have been greatly influenced by these medieval models, but they have never enjoyed the legal protection of sanctuary status. Barring few instances, however, the academic community in the US felt secure in the knowledge that the external police power normally stopped at the gates to the campus.

The reason that police actions are much more benign within the university campus stems from the practical understanding that explosive forces of youth need a space to release their energy. Without adding fuel to the volatile energy, the university hopes that in accommodating dissent, the potential dissidents will be rendered docile or even transformed into supporters of the system. But there have been occasions in human history that such a hope of nurturing universities as insulated areas have proven to be wrong.

Consider the action of students at Columbia and Berkeley, the student mobilisations in Paris in the late 60s or student movements rocking campus several times in post-independence India. In all these instances, students demanded control over their destiny, aspired to make the world a better place, and refused exclusion from the "real world". In moments like these, students are led into confrontation with the university, and then the establishment.

Thus, everytime police barge into a campus in India, at the slightest provocation, which incidentally could have been handled if the university administration had been more sensitive about social malaise suffered by pupil positioned at the margin, it is actually because the administration and the regime are scared.

They are scared that it is not one act of eve teasing or one Rohith Vemulla committing suicide that the students are protesting. These protests carry in their bosom a broader social and political outrage. Hence, the need to quell it at the first pretext. Hence, the apathy at entering into a dialogue.

The incident at the Banaras Hindu University points out the intolerant nature of Indian university, their lack of goodwill and, more importantly, that they are scared.