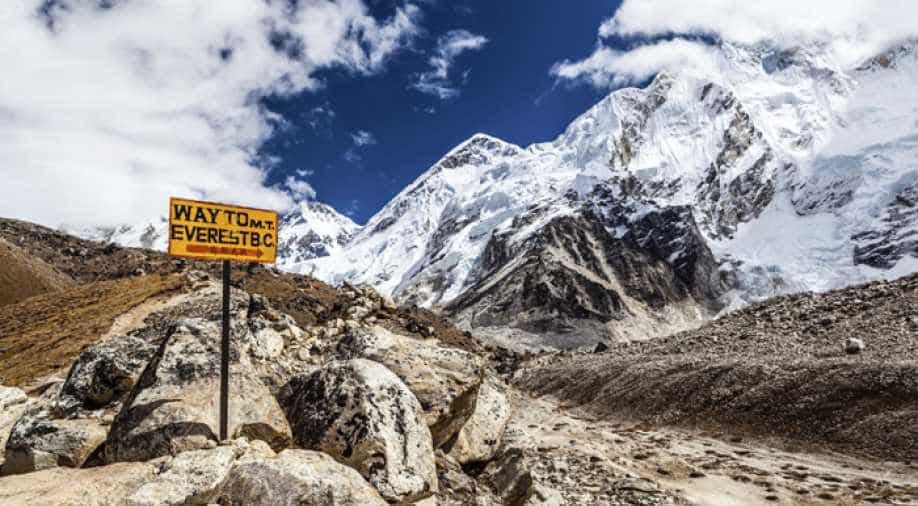 An American climber died Sunday on his way to the summit of Mount Everest, expedition organisers said, the latest death to mar the ongoing climbing season.

The 50-year-old mountaineer died close to the Balcony, a small platform above the 8,000-metre mark considered the mountain's "death zone".

"An American climber has died around the Balcony area. We are trying to get more details," Murari Krishna Sharma of Everest Parivar Expedition, a private mountaineering company, told AFP.

The death zone is notorious for its difficult terrain and thin air, where low levels of oxygen heighten the risk of altitude sickness.

A search is also underway for an Indian climber who lost contact after reaching the summit of the world's tallest mountain Saturday.

His Nepali guide was found unconscious at Camp 4, just below 8,000 metres, with severe frostbite.

"He has been out of reach since yesterday. We have sent a search and rescue team," said Thupden Sherpa of Arun Treks and Expeditions, another private climbing outfit.

It is the third death so far this climbing season.

Last year five people lost their lives on the world’s highest peak. Another 443 successfully summited from the Nepal side, and another 197 made it to the top from the north side in Tibet.

Since the first summit of Everest in 1953 more than 300 people -- most of them locals - have died attempting to scale Everest and Lhotse, which share the same route until diverting at Camp 3 at 7,200 metres.

Despite the risks and recent disasters, Everest's allure remains undimmed, with Nepal issuing 375 permits for this year's spring climbing season.

Mountaineering is a major revenue-earner for the impoverished Himalayan nation but tragedies cancelled two consecutive years of climbing at Everest.

In 2014, the season was called off after an avalanche killed 16 Nepali guides.

A devastating earthquake triggered another avalanche at the base camp in 2015, leaving 18 dead.