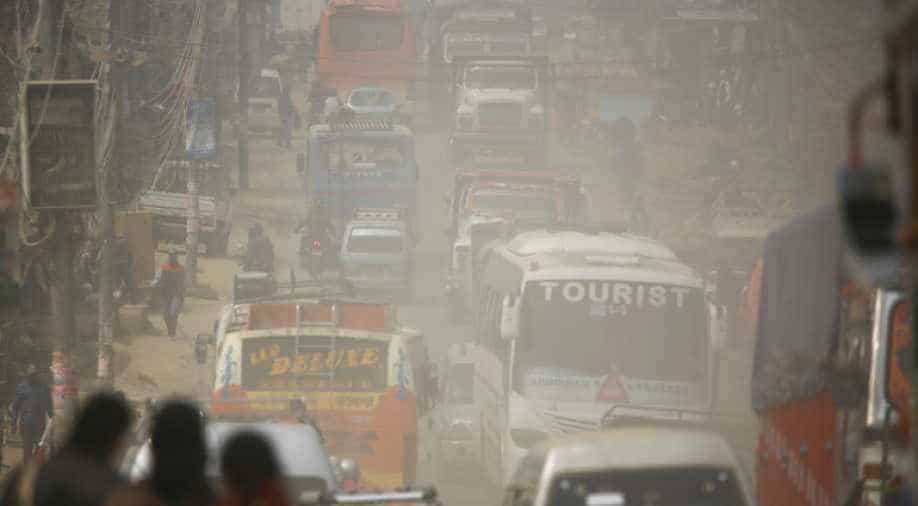 Nepal has forced 2,500 old vehicles off roads in its capital city of Kathmandu, part of a fight against alarming air pollution levels that have hit nine times World Health Organisation (WHO) limits.

Air pollution has been a chronic problem in rapidly growing Kathmandu, which sits in a Himalayan valley and is home to more than three million people. Rising public anger with the smog is turning into a headache for a beleaguered government headed by former Maoist rebels.

Dust from road works, exhaust from old, poorly maintained vehicles and smoke from coal-burning brick kilns blend in a murky haze that hangs over the ancient city, raising the risk of cancer, stroke, asthma and high blood pressure, experts say.

Officials hope the ban on vehicles more than 20 years old will be a step towards a cleaner future.

But activists say the government must do more, including enforcing stricter emission standards for new vehicles, as well as switching to cleaner transport.

Levels of PM2.5, fine particulate matter that can reach deep into the lungs, rose to 89.7 micrograms per cubic metre at noon on Wednesday in the tourist district of Patan, the Department of Environment said.

That compares with a WHO guideline of an annual average of 10 micrograms per cubic metre.

"Around 30 per cent of respiratory illnesses are contributed by outdoor air pollution," Karki said, referring to a recent council study.

Activists cite a WHO estimate that outdoor air pollution causes nearly 10,000 deaths in Nepalevery year, a bigger toll than a devastating 2015 earthquake.

"The pollution is disgusting and shameful," said Ananda Prasad Bhattarai, a 35-year-old teacher, wearing a face mask as he walked through clouds of traffic fumes.

"I don’t think the government cares."