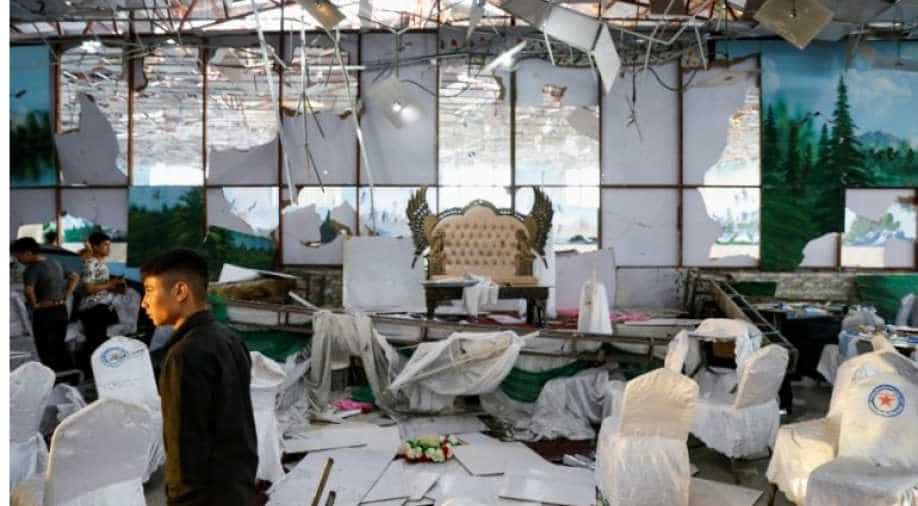 Workers of a wedding hall inspect after a blast in Kabul, Afghanistan. Photograph:( Reuters )

The UN chief expressed 'his deepest sympathies to the families of the victims and the Government and people of Afghanistan,' spokesman Stephane Dujarric said in a statement.

United Nations Secretary-General Antonio Guterres condemned the suicide attack in Afghanistan's Kabul which killed at least 63 people and injuring over 180.

"The Secretary-General strongly condemns the horrific 17 August terrorist attack on a wedding ceremony in Kabul, claiming the lives of 63 people and injuring over 180," Guterres' spokesman Stephane Dujarric said in a statement cited by media reports.

The UN chief expressed "his deepest sympathies to the families of the victims and the Government and people of Afghanistan,'' the statement further added.

The deadly suicide-bomb blast took place in the Darulaman area of Kabul city.

The Islamic State group claimed responsibility for the attack.

The blast happened in western Kabul, a predominantly Shia locality. The Shia minority has been targeted by the Taliban multiple times over the years.