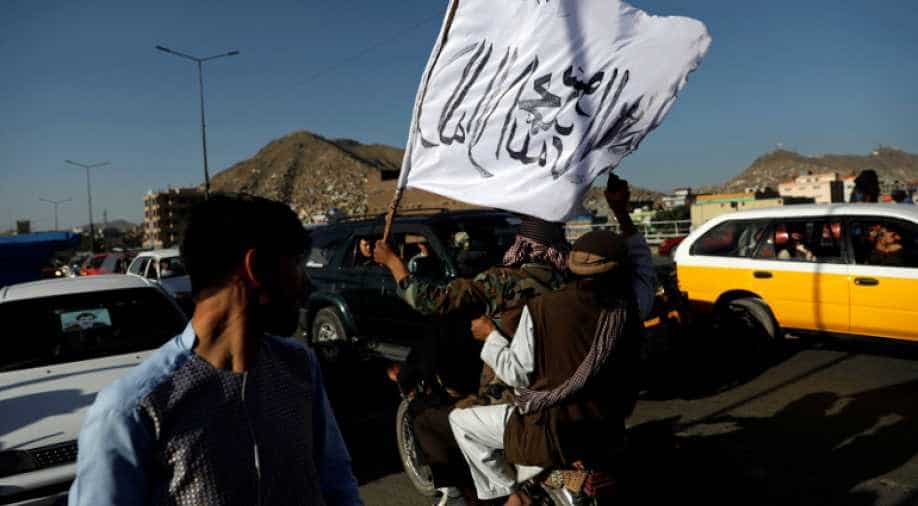 Taliban ride on a motorbike in Kabul, Afghanistan June 16, 2018. The writing on the flag reads: 'There is no god but Allah, Muhammad is the messenger of Allah'. Photograph:( Reuters )

A local Taliban leader named Mullah Jora was among the wounded. No casualties were reported on the side of Afghan forces.

As many as 11 Taliban terrorists were killed and nine others were wounded after they clashed with the Afghan defence forces in the northern Jawzjan province of the country.

"On Saturday, Afghan National Defense and Security Forces (ANSDF) came in contact and clashed with Taliban terrorists. The clashes left 11 militants killed and nine others wounded," Afghan Interior Ministry said in a statement on Sunday, as quoted by Xinhua.

A local Taliban leader named Mullah Jora was among the wounded. No casualties were reported on the side of Afghan forces.

The Taliban has so far not commented on Saturday`s clash between the two sides.

Earlier in the day, the office of foreign forces confirmed in a statement that an explosive device, planted on a foreign military vehicle, detonated near the airport in Afghanistan`s southern province of Kandahar last night.

Taliban has significantly increased its terrorist operations across the worn-torn country ever since the Afghan peace talks with the United States collapsed.