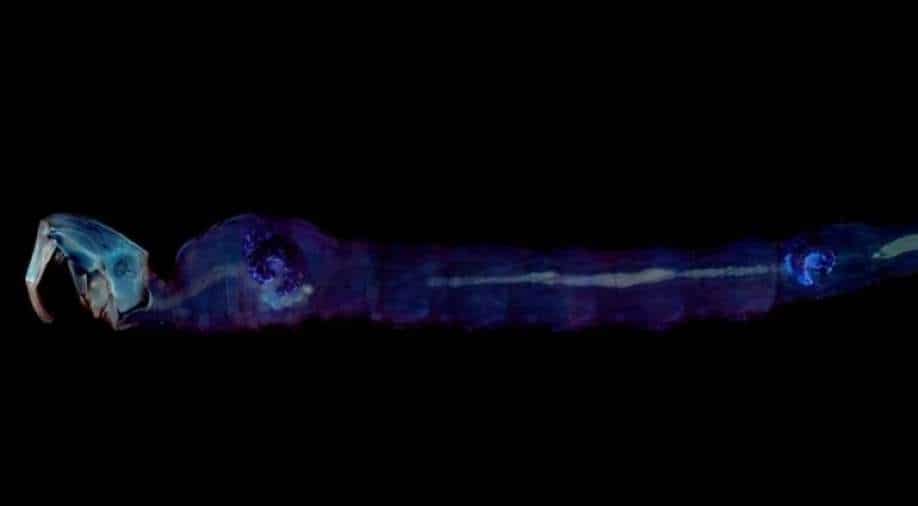 Zoologist Philip Matthews has resolved the 100-year-old mystery of why Chaoborus midge can float in water.

The findings of Matthews, who is a professor at the University of British Columbia, have been published in Current Biology.

Chaoborus midge is also called the ‘phantom midge’ due to its near transparency. The transparency makes the larvae resemble tiny ghosts as they move through lakes, ponds, and puddles.

Some fish regulate their buoyancy by inflating a swim bladder with oxygen unloaded from the hemoglobin in their blood.

“These bizarre insects were floating neutrally buoyant in the water, which is something you just don't see insects doing,” said Matthews.

Also read | Scientists find hundreds of complex, mysterious strands at the heart of the Milky Way

When Matthews mounted the air-sacs of the larvae from the cattle tank on a microscope, they started glowing blue due to ultraviolet light illuminating the microscope’s stage.

The blue fluorescence was due to resilin, an almost perfect rubber found in parts of insects where elasticity is key, as in the elastic energy that powers a flea’s incredible jump.

With Ph.D. student Evan McKenzie driving experimental investigations, the researchers discovered that the insect doesn’t secrete gas into their air-sacs to make them expand. Instead, they change the pH level of the air-sac wall, the bands of resilin within the air-sac wall swell or contract in response, and the volume of the sac adjusts.

“This is a really bizarre adaptation that we didn't go looking for,” said. Matthews. “We were just trying to figure out how they can float in water without sinking!”