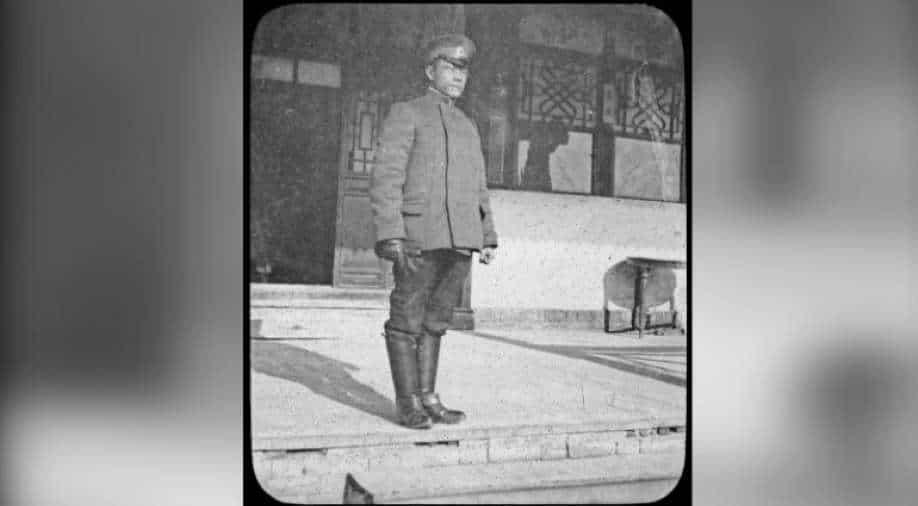 Although often overlooked in Western countries, Wu is recognised in world history as a pioneer of public health, helping to change the course of a respiratory disease spread by droplets that could have devastated China in the early 20th century, and perhaps spread far beyond its borders

In late 1910, a deadly plague started spreading in northeastern China, reaching the large city of Harbin. Tens of thousands of people coughed up blood; their skin pruned and turned purple. They all died.

This outbreak sent the Qing government into a tailspin: Officials didn’t know what illness was causing these deaths, let alone how to control it. So they brought in one of the best trained doctors in Asia at the time, Dr. Wu Lien-Teh. After performing autopsies, Wu found Yersinia pestis, a bacterium similar to the one that had caused bubonic plague in the West. He recognized Manchuria’s plague as a respiratory disease and urged everyone, especially health care professionals and law enforcement, to wear masks.

Chinese authorities, heeding his call, coupled masking with stringent lockdowns enforced by the police. Four months after the doctor was summoned, the plague ended. Although often overlooked in Western countries, Wu is recognised in world history as a pioneer of public health, helping to change the course of a respiratory disease spread by droplets that could have devastated China in the early 20th century, and perhaps spread far beyond its borders.

While the Chinese of that era complied with these strategies, public health professionals in the United States and other Western countries have struggled to get people to listen to them during the COVID-19 pandemic. China, too, ran into challenges early on, but the country’s institutional memory from previous viral outbreaks helped turn the tide. And as many Americans abandon masking, push to restore normality in places where risks of infection remain high and hesitate to get vaccinated, some public health experts have looked to Wu’s success, seeking lessons on handling not only COVID, but also future epidemics.

But some scholars who have studied Wu believe the wrong lesson is being drawn from his legacy: A single individual can’t save a nation. “We can’t always wait for historic figures,” said Alexandre White, a medical sociologist and historian at Johns Hopkins University in Baltimore. Instead, he and other experts say countries like the United States need to reckon with their inequitable and fraught public health systems so they can better contend with health threats.

Wu was born to Chinese immigrants on March 10, 1879, on Penang, an island off the coast of Peninsular Malaysia, as Ngoh Lean Tuck. (He later changed his name to Wu Lien-Teh, sometimes spelled Wu Liande.)

When he was 17, Wu won a scholarship to study at Emmanuel College in England, and stayed to study medicine at St Mary’s Hospital in London. As part of his training, he studied infectious diseases at the Liverpool School of Tropical Medicine and the Pasteur Institute in Paris.

By 1903, when he returned to Malaysia, Wu was one of the earliest people of Chinese descent to graduate as a medical doctor from the West.

In May 1908, Wu and his wife went to China, where he was appointed vice director of the Imperial Army College near Beijing, making him well-placed to investigate when people began dying from an unknown disease in Manchuria.

Wu was entering a place where experts like him were in short supply and urgently needed. At the time, China was in political turmoil: Russia and Japan were vying for control over Manchuria and both saw the plague as an opportunity to advance their goals. Western countries at the time largely viewed China as “the sick man of the East,” a country overburdened by disease, opium addiction and an ineffective government.

Historians who study China say the government accepted and internalised that label. But when Wu stepped in, he had the social and political clout to be a catalyst for change.

Wu is often heralded as the “man behind the mask,” an inventor of using face coverings to prevent the spread of respiratory illnesses. Much of this narrative was by his own design in his autobiography, said Marta Hanson, a historian of medicine also at Johns Hopkins. Previous iterations of the mask existed in other countries, and some Chinese were already donning Japanese-style respirators before Wu arrived in Harbin.

The spring after the plague was brought under control in China, Wu hosted the International Plague Conference. Respirators and masks were a focal point of conversation, and many Western scholars believed that they could effectively prevent plague.

While masks became a political flash point in the United States and elsewhere during the Spanish flu pandemic, the idea of using them persisted in China, and gauze masks became an important tool in the political agenda of the Nationalist Party when it took over in 1928. Public health officials recommended all citizens wear gauze masks in public spaces during outbreaks of meningitis or cholera.

By then, masks became a symbol of hygienic modernity, contributing to the greater acceptance of mask-wearing in China today, Hanson said. In the early 21st century, the SARS epidemic once again drove home the necessity of masks and other public health interventions in China and other East Asian countries.

In 1930, Wu was appointed to head a new national health organisation. But after the Japanese invaded northern China in 1937, and his home in Shanghai was shelled, Wu sought refuge in his native Malaysia. He finished his career there as a family doctor, and died in 1960, at 80 years old.

Medical historians and public health experts have a few theories to explain Wu’s success in persuading Chinese authorities to control the plague.

A factor that likely helped Wu, medical historians say, is that he made masks affordable and accessible. A similar approach was used during the coronavirus pandemic in Hong Kong, which offered every resident a free, reusable mask and put kiosks in public to distribute them.

Countries that have provided significant support to their citizens to comply with public health mandates during this pandemic have generally fared better than places that left the same measures up to individuals, White of Johns Hopkins said.

Others say that public health is intrinsically tied to the legitimacy of the state promoting it. At the turn of the 20th century, China was in distress, Hanson said. Wu helped bring China out of a tumultuous period, and the enforcement of public health measures gave the country more legitimacy.

Because the current pandemic has laid bare shortcomings in the public health systems in the United States, Britain and other Western countries, some experts believe it can be a catalyst for change.

“Since the mid-19th century, the West has generally seen its ability to control infectious disease as a marker of their civilisational superiority over much of the rest of the world,” White said. While China was seen as the sick man of the world then, some commentators in China now attempt to brand the United States with that label.

Ruth Rogaski, a medical historian at Vanderbilt University who specialises in studying the Qing dynasty and modern China, believes that the coronavirus crisis similarly offers an opportunity for reflection, which can be very motivating.

“Epidemics can serve as inflection points,” Rogaski said. “Opportunities to rethink, retool and even revolutionise approaches to health.”

A bear on Mars? This satellite image of Mars surface stuns netizens