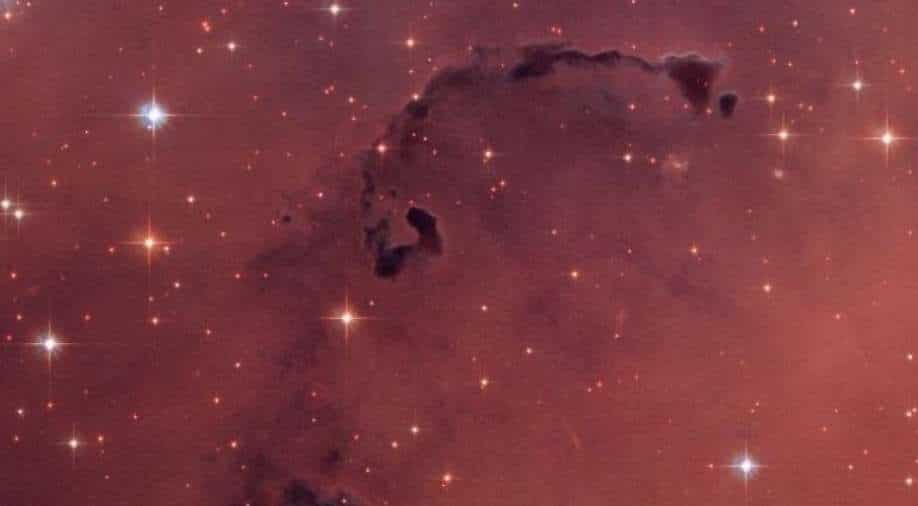 The dark knots of gas and dust in this Hubble Classic image are Bok globules, which are concentrations of elements that are responsible for star creation, though not all globules will form stars Photograph:( Twitter )

Astronomers have discovered cosmic dust that holds the ingredients for star birth throughout the universe, in the latest study.

The study published in 'The Astrophysical Journal' on Friday highlights how NASA's Hubble Space Telescope has photographed a concentration of elements that are responsible for the formation of stars in our galaxy and throughout the universe.

These opaque, dark knots of gas and dust are called "Bok globules," and they are absorbing light in the centre of the nearby emission nebula and star-forming region, NGC 281.

The globules, named after astronomer Bart Bok, who proposed their existence, can become perturbed and form small pockets where the dust and gas are highly concentrated.

These small pockets become gravitationally bound and accumulate dust and gas from the surrounding area. If they can capture enough mass, they have the potential of creating stars in their cores; however, not all Bok globules will form stars.

Near the globules are bright blue stars, members of the young open cluster IC 1590. The cluster is made up of a few hundred stars. The cluster's core, off the image towards the top, is a tight grouping of extremely hot, massive stars with an immense stellar wind. The stars emit visible and ultraviolet light that energizes the surrounding hydrogen gas in NGC 281. This gas then becomes superheated in a process called ionization, and it glows pink in the image.

The Bok globules in NGC 281 are located very close to the centre of the IC 1590 cluster. The exquisite resolution of these Hubble observations shows the jagged structure of the dust clouds as if they are being stripped apart from the outside. The heavy fracturing of the globules may appear beautifully serene but is in fact evidence of the harsh, violent environment created by the nearby massive stars.

The Bok globules in NGC 281 are visually striking nonetheless. They are silhouetted against the luminous pink hydrogen gas of the emission nebula, creating a stark visual contrast. The dust knots are opaque in visual light. Conversely, the nebulous gas surrounding the globules is transparent and allows light from background stars and even background galaxies to shine through.

These images were taken with Hubble's Advanced Camera for Surveys in October 2005. The hydrogen-emission image that clearly shows the outline of the dark globules was combined with images taken in red, blue, and green light in order to help establish the true colour of the stars in the field. NGC 281 is located nearly 9,500 light-years away in the direction of the constellation Cassiopeia.