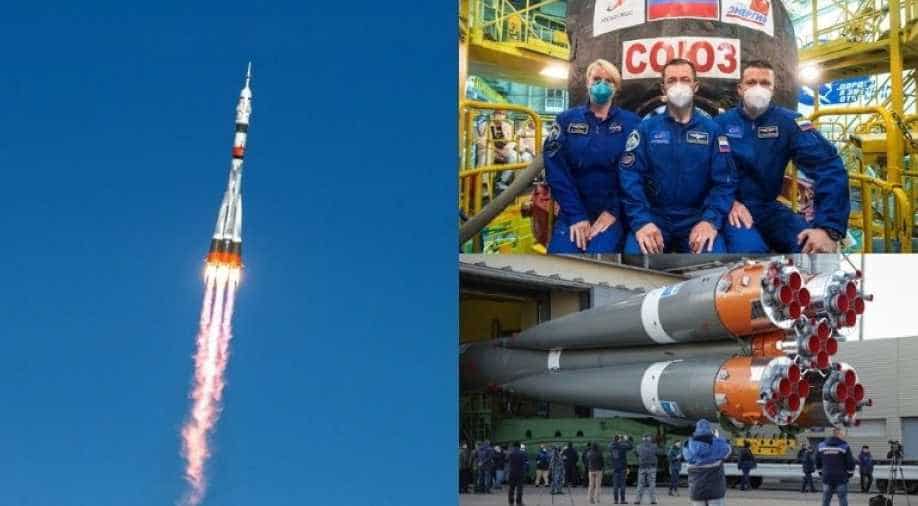 The chief of Russian space agency Roscosmos Dmitry Rogozin on Friday said that American astronauts from NASA will use the country's Soyuz rocket to travel to the International Space Station as US technology is ''unreliable.''

The next launch window for a NASA crew to the International Space Station aboard a SpaceX rocket has been pushed to April 20.

The flight marks only the second full-fledged space station crew-rotation mission launched aboard a private company's spacecraft - a SpaceX Falcon 9 rocket tipped with the Crew Dragon capsule it will carry into orbit.

After docking with the space station, they will join the four SpaceX Crew-1 astronauts who arrived in November, and cosmonauts carried to the orbiting outpost aboard a Soyuz MS-18 spacecraft.

The newly arrived Crew-2 are to remain in orbit six months, while Crew-1 is due to return to earth by early May.

Dmitry Rogozin said in a post on Facebook that ''flights to the International Space Station are unstable.''

However, he added, Roscosmos will ''confirm its commitment to joint agreements and the spirit of joint use of the International Space Station.''

''There was an urgent need for them (NASA) to find insurance and send their man on our ship, to make sure their segment on the space station isn't left unattended. The talk of swapping seats has nothing to do with this at all,'' he clarified, noting that the agreement was made with Axiom Space, a NASA contractor and private space company which has plans to eventually sell human spaceflight experiences to tourists who want to visit the ISS.

Despite its former Soviet glory, Russia's space sector has suffered greatly in recent years from a lack of financing and corruption.

Moscow and Washington are collaborating in the space sector -- one of the few areas of cooperation left between the Cold War rivals.

However, Russia did not sign the US-led Artemis Accord last year for countries that want to participate in a lunar exploration scheme spearheaded by NASA.

Under the Artemis programme announced during the tenure of former US President Donald Trump, NASA plans to land the first woman and the next man on the moon by 2024.

In another blow to Russia's space reputation, Roscosmos last year lost its monopoly for manned flights to the International Space Station (ISS) after the first successful mission of the US company Space X.

Elon Musk's SpaceX has become a key player in the modern space race and has announced plans to fly several members of the public to the Moon in 2023 on a trip bankrolled by a Japanese millionaire.

A SpaceX Starship prototype exploded after landing in Texas in March,after climbing to an altitude of six miles (10 kilometres). The test flight was part of the company's ambitious project to take people to Mars.