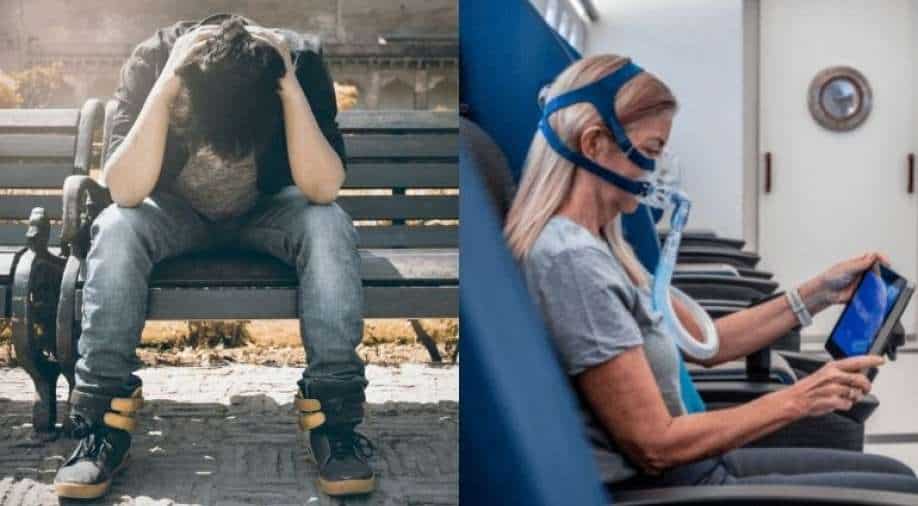 PTSD differs from regular stress or trauma in that it’s persistent and ongoing. PTSD impacts our ability to function or handle work or school, our relationships and our overall quality of life. Photograph:( Others )

A biological wound in the brain tissues causes post-traumatic stress disorder (PTSD). Hyperbaric oxygen isn't currently utilised for any substantial PTSD treatments, but the researchers suggest it could be a novel way to help people who are suffering from the illness.

Following a supervised clinical trial, scientists and clinicians from Tel Aviv University and Shamir Medical Center reported that all of the vets who were treated exhibited considerable improvement in all types of symptoms.

According to the World Health Organization, PTSD affects about 4% of people worldwide and 30% of all combat personnel.

"Hyperbaric medicine" is defined as "treatments in a pressurised chamber where atmospheric pressure is higher than sea-level pressure and the air is rich in oxygen," according to a Tel Aviv University press release.

Post-traumatic stress disorder (PTSD) is a mental health illness brought on by watching or experiencing a horrific incident. Flashbacks, nightmares, and acute anxiety, as well as uncontrollable thoughts about the event, are all possible symptoms.

For medical reasons, HBOT must be administered in a recognised chamber under the supervision of a skilled physician.

According to Dr. Keren Doenyas-Barak, all of the troops in the study had previously been resistant to mental drugs and psychotherapy.

The participants were split into two groups: one received 60 HBOT treatments, while the other functioned as a control group.

"Both functional and structural improvement were observed in the non-healing brain wounds that characterise PTSD," said Doenyas-Barak. "We believe that in most patients, improvements will be preserved for years after the completion of the treatment."

PTSD is caused by a biological wound in brain tissue.