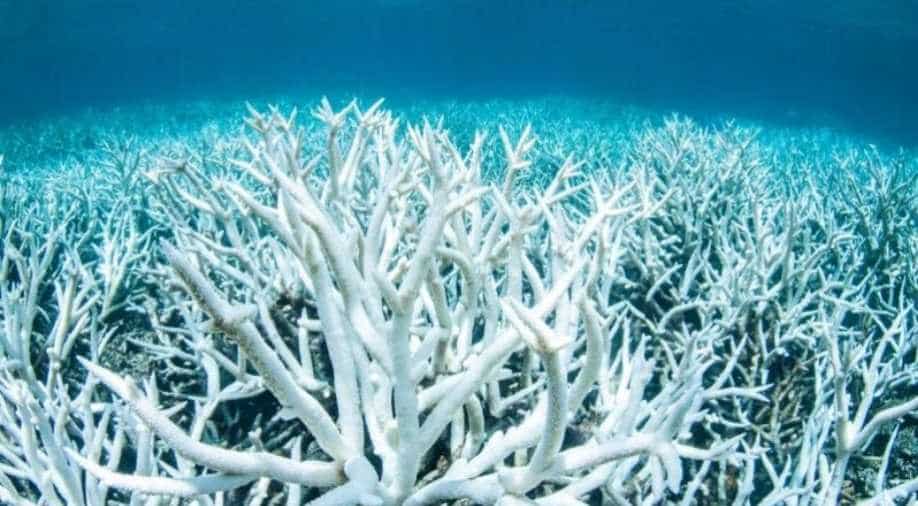 A coral reef is an underwater ecosystem characterized by reef-building corals. Reefs are formed of colonies of coral polyps held together by calcium carbonate.

Australian Scientists have found a detached reef, more than 500 metres high – taller than the Empire State Building – at the northern end of the Great Barrier Reef.

Measuring more than 500 meters high -- taller than the Empire State Building, the Sydney Tower and the Petronas Twin Towers -- the reef was discovered by Australian scientists aboard Schmidt Ocean Institute's research vessel Falkor, currently on a 12-month exploration of the ocean surrounding Australia.

A coral reef is an underwater ecosystem characterized by reef-building corals. Reefs are formed of colonies of coral polyps held together by calcium carbonate.

Meanwhile, the mass death of young and old corals in Australia’s Great Barrier Reef is threatening the recovery of the largest living structure on Earth. The bleaching of corals off Australia’s northeastern coast due to ocean warming and acidification is happening across all species and to specimens of all ages, according to a new study that analyzed coral demographics.

Half of the Great Barrier Reef's corals have died over the past 25 years, scientists said Wednesday, warning that climate change is irreversibly destroying the underwater ecosystem.

A study published in the Proceedings of the Royal Society Journal found an alarming rate of decline across all sizes of corals since the mid-1990s on the vast World Heritage-listed reef off Australia's northeastern coast.

Larger species, such as branching and table-shaped corals, have been affected hardest -- almost disappearing from the far northern reaches of the reef.