Archeologists discover 'most important' piece of prehistoric art in 100 years 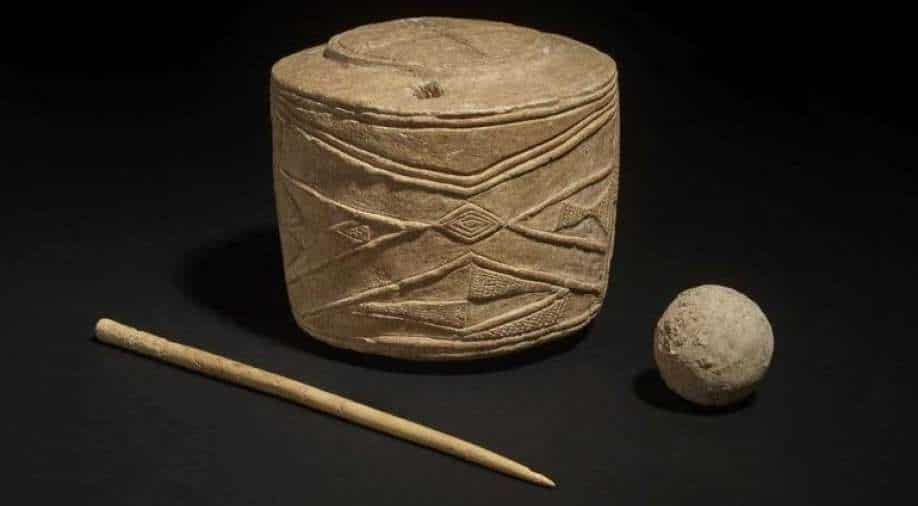 Burton Agnes chalk drum, chalk ball and bone pin. 3005--2890BC. (Image credit: The Trustees of the British Museum) Photograph:( Others )

The ancient drum found in children's grave is 5,000-year-old will go on public display for the first time next week in the ''World of Stonehenge'' exhibition

Archeologists have discovered the ''most important'' piece of pre-historic art in the past century.

The ancient drum found in children's grave is 5,000-year-old will go on public display for the first time next week in the ''World of Stonehenge'' exhibition.

The piece of sculptural art was discovered by independent company Allen Archaeology during a routine excavation at the village of Burton Agnes.

Also read | Did we, the modern humans, kill off Neanderthals? A new finding may have answers

According to Jennifer Wexler, the curator of the British Museum's exhibition, "This drum is particularly intriguing, because it basically encompasses a sort of artistic language that we see throughout the British Isles at this time, and we're talking 5,000 years ago."

"Because of this new discovery, we're actually able to date the skeletons with carbon-14 dating (also known as radiocarbon dating)," Wexler said.

"So what we have found out is that these style drums are 500 years older than we thought, which is amazing."

Also read | 30,000 meteorites are hiding across Antarctica as per this 'treasure map' created by artificial intelligence

"It has hastily added holes, perhaps marking the presence of the three bodies in the grave," she added.

"Analysis of its carvings will help to decipher the symbolism and beliefs of the era in which Stonehenge was constructed," said Neil Wilkin.

"We've been waiting for over 100 years for another one of these amazing objects to come up, and for it to come up with children — again — is astonishing," he added.

The grave is a rare find because ancient people in neolithic Britain would usually leave bodies for cremation or to be eaten by crows.