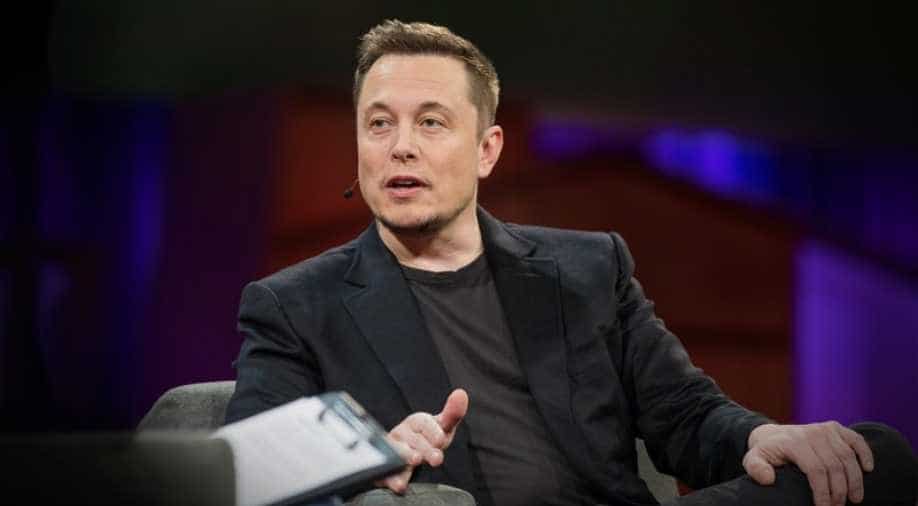 At TED 2017, Elon Musk discusses his ambitious projects and teases a few.||Although Musk admires flying innovations, he isn't keen on the idea of cars in the sky.||Musk shrugs off criticism for agreeing to take part in advisory councils to US President Donald Trump.

Elon Musk paused while chatting about his series of potentially world-changing endeavours to say he isn't in it to provide salvation. It was during a talk at a prestigious TED Conference in Vancouver, where the tech entrepreneur was discussing his ventures building electric cars and trucks, rockets, a newly launched tunnel-boring company and even dabbling with super-fast mass transit.

"I'm not trying to be anyone's saviour," Musk said while discussing colonising Mars and other dreams. "I am just trying to think about the future and not be sad."

"You'll tell me if it ever starts getting genuinely insane, right?" the Silicon Valley star known for turning his passions into visionary enterprises added playfully.

Musk went on to tease the audience with a photo of a self-driving truck that his company Tesla Motors is adding to its line of electric cars.

Describing the vehicle as powerful enough to tow a regular big rig up a hill, he said it would handle like a sports car.
"When I was driving the test prototype for the first truck, it was really weird," he said. "I thought, 'This is crazy!' driving this large truck and it's doing these amazing maneuvers."

A founder of the PayPal online payment system as well as Tesla and SpaceX - the maker and launcher of rockets and spacecraft - Musk is also working on building tunnels more efficiently at his aptly named Boring company.

Describing traffic jams as "soul-crushing," he said they could be eliminated by building multi-level tunnel networks for cars.

His company is already trying to bore tunnels under Los Angeles, he said.

The Boring company has a pet snail named Gary that inches along far faster than the current machines used to create tunnels, he added. His machines would build small-bore tunnels "faster than Gary," in what he said would be a major, cost-saving advance.

A concept video illustrated how cars might someday drive from streets onto sleds lowered into tunnels and be whisked on their way.

Musk also described dabbling with an ultra-fast rail transport system known as Hyperloop that he detailed in a paper several years ago, inviting entrepreneurs to make it real.

In his vision, Hyperloop pods would zip along vacuum-sealed tubes in tunnels that could conceivably be built by the Boring company.

But Musk devotes only two or three percent of his time to the Boring company, he said, calling it more of a hobby -- and boasting that it is nevertheless making good progress.

Although he also admires flying innovations - witnessed by his SpaceX endeavours - Musk isn't keen on the idea of cars in the sky.

"If there were a whole bunch of flying cars going all over the place, that's not an anxiety-reducing situation," he quipped.

"You're thinking, 'Did they service their hub cap, or is it going to come off and guillotine me?'"

With his first lithium battery Gigafactory ramping production in the United States, he revealed that he would announce plans later this year for as many as four more facilities "to address the global market."

Musk also shrugged off criticism for agreeing to take part in advisory councils to US President Donald Trump.

They meet approximately once a month and essentially consist of going around a room asking opinions.

"I have used them thus far to argue in favour of immigration and in favour of (addressing) climate change," he said.
"That wasn't on the agenda before," he added. "Maybe nothing will happen, but at least the words were said."

One of Musk's latest big ideas is to send space tourists on trips around the moon.

"There have to be reasons you get up in the morning and want to live," he said of pursuing big dreams such as space exploration.

"If the future doesn't include being out there in the stars, being a multi-planet species, that is incredibly depressing."