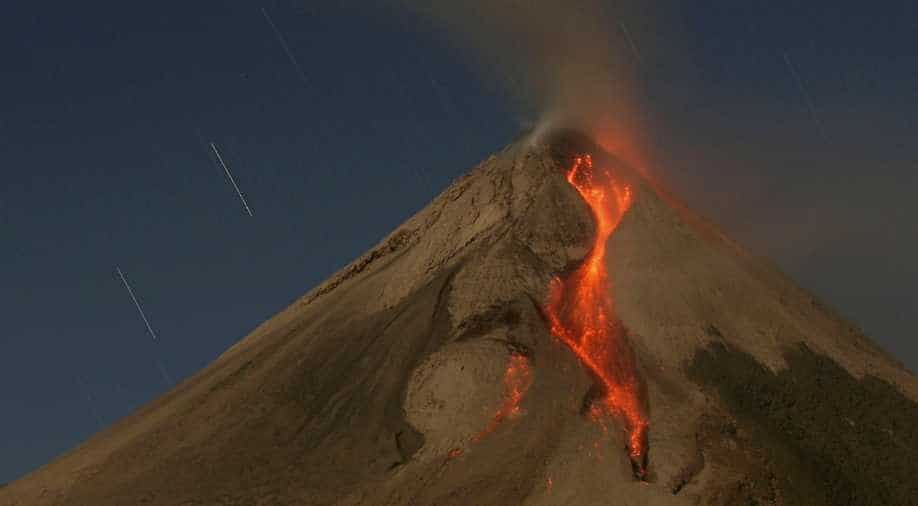 When dormant volcanoes are about to erupt, they show some predictive characteristics, but until now, there has not been a way to forecast eruptions of more restless volcanoes. Photograph:( Getty )

When it comes to volcanoes, silence can say a lot.

A team of researchers has found that volcanoes go lull before they erupt - a finding that could give scientists a leg up on predicting blow-ups and saving lives.

When dormant volcanoes are about to erupt, they show some predictive characteristics, but until now, there has not been a way to forecast eruptions of more restless volcanoes because of the constant seismic activity and gas and steam emissions.

Carnegie volcanologist Diana Roman, working with a team of scientists from Penn State, Oxford University, the University of Iceland, and INETER, has shown that periods of seismic quiet occur immediately before eruptions, and can thus be used to forecast an impending eruption for restless volcanoes. The duration of the silence can indicate the level of energy that will be released when eruption occurs. Longer quiet periods mean a bigger bang.

The team monitored a sequence of eruptions at the Telica Volcano in Nicaragua in 2011.

It is a so-called stratovolcano, with a classic-looking cone built up by many layers of lava and ash. They started monitoring Telica in 2009 with various instruments, and by 2011 they had a comprehensive network within 2.5 miles (4 kilometres) of the volcano`s summit. Of the 50 explosions that occurred, 35 had preceding quiet periods lasting 30 minutes or longer.

Thirteen explosions were preceded by quiet intervals of at least five minutes. Only two of the 50 did not have any quiet period preceding the explosion.

"It is the proverbial calm before the storm," remarked Roman. "The icing on the cake is that we could also use these quiet periods to forecast the amount of energy released."

The research is published in Earth and Planetary Science Letters.