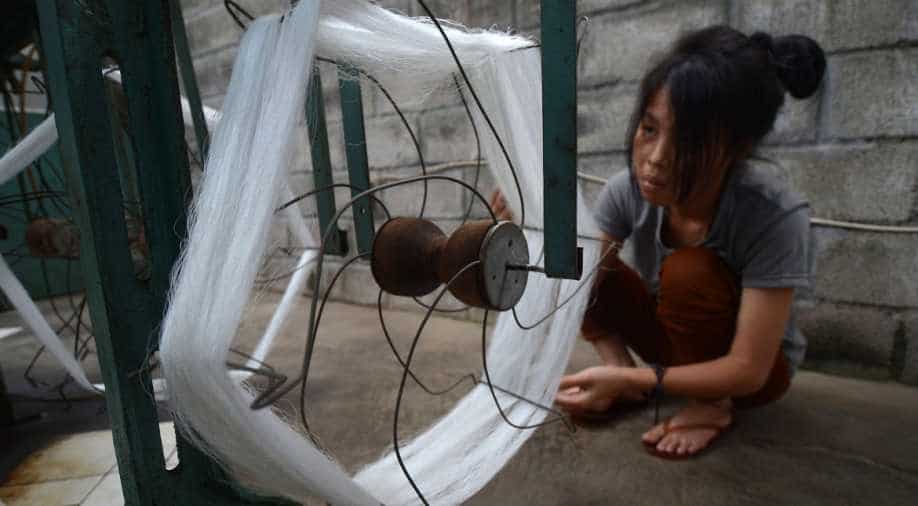 About 137 million workers or 56 per cent of the salaried workforce from Cambodia, Indonesia, the Philippines, Thailand and Vietnam, fall under the high-risk category. Photograph:( Getty )

Follow Us
More than half of workers in five Southeast Asian countries are at high risk of losing their jobs to automation in the next two decades, an International Labour Organization study found, with those in the garments industry particularly vulnerable.

About 137 million workers, or 56 per cent of the salaried workforce from Cambodia, Indonesia, the Philippines, Thailand and Vietnam, fall under the high-risk category, the study showed.

"Countries that compete on low-wage labour need to reposition themselves. Price advantage is no longer enough," said Deborah France-Massin, director for the ILO's bureau for employers' activities. The report said workers have to be trained to work effectively alongside digitalised machines.

Southeast Asia is home to more than 630 million people and is a hub for several manufacturing sectors, including textiles, vehicles and hard disk drives.

Of the nine million people working in the region's textiles, clothing and footwear industry, 64 per cent of Indonesian workers are at high risk of losing their jobs to automation, 86 per cent in Vietnam, and 88 per cent in Cambodia.

Garment manufacturers in Cambodia, who take orders from retailers such as Adidas, Marks and Spencer and Wal-Mart Stores Inc, employ about 600,000 people.

Neighbouring Vietnam is seeing record investment in its footwear and textiles industries, due to new free-trade pacts with major markets, including the US-led Trans-Pacific Partnership. It is the second-largest garment supplier behind China to the United States.

"Robots are becoming better at assembly, cheaper and increasingly able to collaborate with people," the ILO said.

The textiles, clothing and footwear sector is at the highest risk of automation out of five industries analysed in the study, including automotive and auto parts, electrical and electronics, business process outsourcing and retail.

In the automotive and auto parts industry, more than 60 per cent of salaried workers in Indonesia, and over 70 per cent of those in Thailand face the risk of their jobs being displaced.

Known as the "Detroit of Southeast Asia", Thailand is a regional production and export hub for the world's top carmakers. The auto sector accounts for around 10 per cent of Thai GDP and employs a 10th of its workers in manufacturing.