What is a caliph? The Islamic State tries to boost its legitimacy by hijacking a historic institution 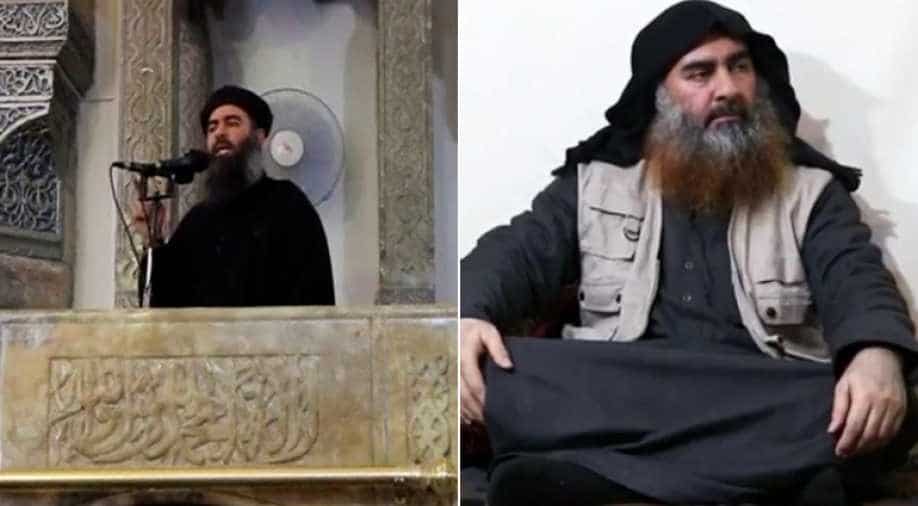 Killing al-Baghdadi has not quashed the Islamic State’s version of the caliphate.

Just days after the death of Abu Bakr al-Baghdadi on October 27, the Islamic State named Abu Ibrahim al-Hashimi al-Qurashi as the new “caliph.”

In 2014, IS conquered vast swaths of Iraq and Syria and declared itself to be the “caliphate.”

Defined and applied in different ways over the centuries, the fundamental idea behind the caliphate is the just ordering of society according to the will of God.

The Islamic State’s caliphate was never widely recognized among the global Muslim community and no longer has significant territory. But the Islamic State still uses the history of the caliphate to push their claims.

As a scholar of global Islam, every time I teach my “Introduction to Islam” class, questions about the caliphate come up, in part because of IS’s claims.

The leader of a caliphate is called the caliph, meaning deputy or representative. All caliphs are believed to be the successor to Prophet Muhammad. Muhammad was not a caliph; according to the Quran he was the last and greatest of the prophets.

That means no one can replace Muhammad as the messenger of God. The caliph, for example, is not always seen as holding special spiritual authority. But he is meant to preside over the caliphate in the absence of Muhammad.

The debate over who was the rightful representative of the prophet began immediately after his death. While the majority supported Abu Bakr – one of the prophet’s closest companions – a minority opted for his young son-in-law and cousin, Ali.

Abu Bakr’s supporters would come to be known as Sunni Muslims, who believe that Muhammad did not leave instructions regarding his successor. Those who felt Ali was appointed by the prophet to be the political and spiritual leader of the fledgling Muslim community became known as Shiite Muslims.

Abu Bakr was the first caliph and Ali the fourth.

The second and third caliphs were Umar and Uthman. Under Umar, the caliphate expanded to include many regions of the world such as the lands of the former Byzantine and Sassanian empires in Asia Minor, Persia and Central Asia. Uthman is credited with compiling the Quran.

That al-Baghdadi adopted the name of the first caliph was no coincidence. Together, Sunni Muslims call the first four caliphs the Rashidun, or the “Rightly Guided Caliphs,” because they were close companions or relations of Muhammad. They are also believed to be extraordinarily pious. This period lasted about 30 years.

The complex history of the caliphate

After rebels assassinated Uthman in A.D. 656, Ali was elected caliph. However, civil war soon broke out between Ali and Muʿawiya ibn Abi Sufyan. The civil war ended in Sufyan’s victory and the formation of the Umayyad caliphate in A.D. 661.

These two caliphates oversaw the continuing expansion of the empire. Under them architecture, the arts and sciences flourished.

For example, the “Dome of the Rock,” a shrine in the Old City of Jerusalem, was built under an Umayyad caliph as a monument to the rising supremacy of their empire.

The Grand Library of Baghdad, also known as the “House of Wisdom,” was supported by Abbasid patronage. The “House of Wisdom” is credited with being a center of translation, scientific study and academic exchange. This period of flourishing, from the eighth to the 14th century, is often referred to as the “Islamic Golden Age.”

Both before and after the fall of the Abbasids in A.D. 1258, a succession of various empires made overlapping and competing claims to the caliphate. These included the Mamluks of Cairo and the Umayyads in Cordóba, Spain.

In 1517, the Turkish Ottomans amassed enough land and power throughout Asia Minor, North Africa, the Arabian Peninsula and Eastern Europe to claim the title “caliphate.” Ottoman sultans, however, were not universally recognized as caliphs. Many Muslims believe that the caliphate effectively ended after the Mongol conquest of Abbasid Baghdad in A.D. 1258.

Nonetheless, the Ottomans effectively held on to that title until 1924, when the Turkish nationalist and secularist Kemal Ataturk abolished the caliphate.

The idea of the caliphate, which the Islamic State has forcefully promoted, recalls a time and a place when Islamic states flourished politically, economically and socially. It also summons up a spiritual vision of a supposedly more devout and dedicated Muslim community than exists today.

Other modern-day Islamists have called for a resurrection of the caliphate, or at least its ideals, as a way to recapture the vibrancy of the past. However, only violent extremist groups such as al-Qaida or the Islamic State have tried to make it a tangible reality.

Killing al-Baghdadi has not quashed the Islamic State’s version of the caliphate. The idea lives on and continues to motivate its members in enclaves across the globe. It is worth mentioning that the name of their new caliph is an honorific title for a member of Prophet Muhammad’s family – “al-Qurashi.” This prophetic lineage is one more way IS is trying to resurrect the history of the caliphate for its destructive purposes.