US Missionary John Allen Chau vs the world’s last aboriginals 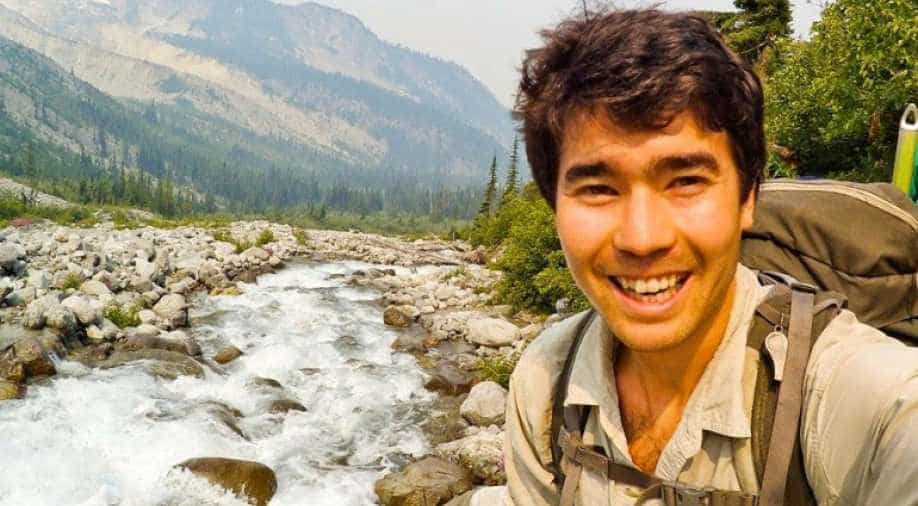 The people he wanted to convert weren’t interested. Yet he decided to go back to the island.Could this be called love of God or helping those in need?

John Allen Chau should have known better. The 27-year-old American evangelist of US-Chinese descent decided to return to a remote island in the Andamans despite not just an Indian government ban, but clear warning that he was not wanted there. Defying the restrictions, dodging the Indian coast guard, possibly bribing local fishermen to take him to the island, Chau was subjected to a hostile reception. As he wrote in his diary, “I hollered, ‘My name is John, I love you and Jesus loves you.’” What happened? A Sentinelese youth shot an arrow at him. Apparently, he had a miraculous escape: the arrow pierced the “waterproof” Bible that he carried.

Chau was saved, which he no doubt attributed, in standard missionary parlance, to God’s grace. But he was frightened and had a foreboding of death. “I’m scared,” he wrote, in his journal, “Watching the sunset and it’s beautiful … crying a bit … wondering if it will be the last sunset I see.” Yet, he did not do what most would’ve considered the sane and rational thing under the circumstances: to return home. The people he wanted to convert weren’t interested. Yet he decided to go back to the island.

“Lord, is this island Satan’s last stronghold where none have heard or even had the chance to hear your name?” he wondered in his journal, which his mother shared with a leading US newspaper. “God Himself was hiding us from the Coast Guard and many patrols,” he believed. If so, had God himself willed his execution at the hands of this reclusive and self-protective tribe? No doubt, fellow-evangelists would agree, considering him a Christian martyr. However, Chau wrote, “I think I could be more useful alive.” Though he loved live, he believed that he could “give all the glory of whatever happens” to God. Now the Indian authorities have a headache too: how to recover his body, which fishermen saw the tribals burying.

The Sentinelese are one of the least studied and tiniest distinct populations in the world, with as few as 50 surviving members. North Sentinel, the island they inhabit, is closer to Myanmar and Thailand than to the Indian mainland. It is believed that they migrated here from Africa as far back as 50,000 or 60,000 years ago. As my former colleague at Jawaharlal Nehru University, linguist Anvita Abbi, observed, “We do not even know how many of them are there…what language they speak, how old it is… Nobody has access to these people.” They constitute one of the last surviving ancient communities of the world. Imagine the immense loss to our collective human heritage if they become extinct. But that is precisely the danger if they allow us to come in contact with them. For such isolated groups we, the so-called “civilised,” are carriers of disease and death.

No wonder they do not like any contact with the outside world. Although several forays have been made into their territory, attempts to “tame” the tribe have been unsuccessful. TN Pandit, a Government of India anthropologist spent nearly 25 years trying to connect with the Sentinelese. But he, too, gave up in 1991: “Of the four Andaman tribal communities, we have seen that those in close contact with the outside world have suffered the most. They have declined demographically and culturally.” In other words, the closer these tribes come to us, the more likely that they will perish. The Sentinelese, Pandit stressed, “are a highly vulnerable population and would disappear in an epidemic.”

Was Chau motivated only by the passion to convert the world’s most remote tribe? We know that he was an inveterate adventurer, spending summers alone in a cabin as a wilderness emergency worker in California, leading expeditions into the Cascade Mountains, coaching underprivileged children in South Africa and Iraq, putting himself at risk, even bitten by a rattlesnake in the process. He knew that his unwanted intrusion might be fatal to the Sentinelese: “A simple thing like flu can kill them.” Yet such was his Jesus frenzy and compulsive adventurism that he put not only his, but the Sentinelese people’s lives, at risk. Chau persisted though he knew what he was doing was illegal and risky. Could this be called love of God or helping those in need? PC Joshi, anthropology professor at Delhi University, thinks otherwise: “He invited that aggression,” Joshi was quoted as saying.

Chau’s father was the survivor of China’s “Cultural Revolution.” This makes him an unusual missionary. Though his death makes me sad, I worry about how it may be used to glorify proselytising Christian missions, which have already caused so much harm to the world. Meanwhile, another precious youth is lost to the “greater glory of God.”