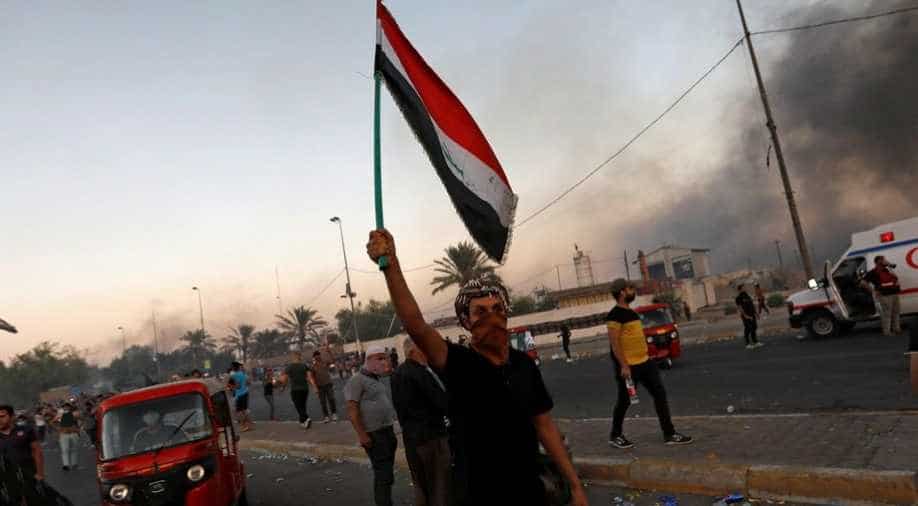 Protests in Lebanon have evolved into more than a fight against failed and corrupt government that has long stymied development in the Middle East and North Africa.

Protests in Lebanon have evolved into more than a fight against failed and corrupt government that has long stymied development in the Middle East and North Africa.

The protests constitute a rare demand for political and social structures that emphasise national rather than ethnic or sectarian religious identities in a world in which civilisational leaders who advocate some form of racial, ethnic or religious supremacy govern the world’s major as well as key regional powers.

"One, one, one, we are one people," is a popular slogan chanted by Lebanese protesters irrespective of their denomination.

Tens of thousands of protesters emphasised last Sunday the quest for a political structure and identity that transcends sect by forming a human chain that stretched along Lebanon's Mediterranean coast.

"We are one people. 'Our' leaders have been fooling us for decades that we are not one nation, but a group of nations. The past 10 days have shown that we are truly one nation, we are Lebanese, and that’s why you only see the Lebanese flag," said Sobhi Jaroudi, a 67-year old Beirut resident who joined the chain.

"It’s a do or die situation... We are ready to face fear and face responsibility that comes with facing a sectarian structure that has been in place for 30 years," added Mohammed Shamas, a young protester, insisting he had no desire to live in a country of corrupt, sectarian politicians that have dragged the country down for their own benefit.

The protesters may not frame their demands in terms that go beyond their fragile Lebanese nation-state even if those demands, stemming from constitutionally institutionalised sectarianism, have a broader significance.

If they succeed in transforming Lebanese identity and translating that into constitutional reform, Lebanese protesters will have contributed to securing the future of protest as an effective tool of change.

That future depends on protesters' perceptions of a common interest that transcends sect, ethnicity and class becoming part of the fabric of society.

Sunni Muslim voices noted that it was a Sunni Muslim politician that had stepped down, reinforcing calls by protesters that he form a new Cabinet of technocrats only.

Nevertheless, Mr Hariri’s resignation buoyed primarily Shiite demonstrators in Iraq, whose anti-sectarian instincts, according to Fanar Haddad, an Iraq scholar at the National University of Singapore’s Middle East Institute, have been reflected in increasing issue- rather than identity-oriented demands since 2015.

Following in Lebanon’s footsteps, Iraqi prime minister Adil Abdul-Mahdi is under increasing pressure to step down.

In the most recent Iraqi protests, those instincts were evident in slogans denouncing Iranian influence in the country and the government’s perceived prioritisation of Iranian over Iraqi interests.

Protesters blamed Iran and its Iraqi proxies for the harsh response by security forces that has cost the lives of more than 200 people.

The Guardian quoted an Iraqi intelligence officer as saying that the operations room coordinating the security response to the demonstrations was run by Iranian and Iraqi militia commanders. "These militias became the tool to oppress the demonstrations," the officer said.

The anti-Iranian slogans also reflected attitudes expressed by Ayatollah Ali Husseini Sistani, one of Shiite Islam’s foremost scholars and spiritual leaders are known as the “safety valve of Iraq,” who has sought to counter sectarianism, keep a distance to Iran, and steer Iraq towards a more cohesive society.

They also amounted to what journalist Ghaith Abdul-Ahad termed "anger towards a corrupt religious oligarchy."

Ayatollah Sistani signalled his support for the protesters with the handing out of free food, water and drinks and the provision of toilet facilities to the protesters by the Imam Ali shrine in Najaf that is run by his representative.

The anger, like a rift in the power base of Hezbollah, the Iranian-backed Lebanese Shiite political movement and militia, and Amal, another Shiite group led by parliament speaker Nabih Berri, fits a trend evident not only in the broader Middle East, but also in countries like Russia where criticism of the Russian Orthodox Church is mounting because of its close association with the Kremlin.

A poll of Arab youth earlier this year showed that two-thirds of those surveyed felt that religion played too large a role in their lives, up from 50% four years ago. Seventy-nine per cent argued that religious institutions needed to be reformed while half said that religious values were holding the Arab world back.

To be sure, Iraqi denunciations of Iran were rooted in a history of Iraqi Shiite allegiance to the state evident in the fact that a majority of the Iraqi soldiers who died in the 1980s fighting an eight-year-long war against Iran were Shiites, and long-standing rivalry between Najaf, the Iraqi holy city that is home to Ayatollah Sistani, and Iran’s Qom.

It's a history, despite the vicious sectarian violence in the years following the 2003 US-led invasion of Iraq, that contrasts starkly with the historical emphasis in Lebanon on sectarian identity that exploded in 1975 in a 15-year long civil war.

As a result, Lebanese protesters were more explicit in their rejection of a sectarian-based political system. Even supporters of Hezbollah transcended sectarian identities by ignoring a call by the group’s leader, Sheikh Hassan Nasrallah for an end to the protests.

"I'm financed by the embassy of Hela Hela Hela Ho-stan, who's financing you?" said a demonstrator's placard on Beirut's Riad Solh Square, using a chant popular with the protesters.

Added protester Alaa, a Nasrallah supporter: "His priorities here are different from our priorities, we want to change the system, get ourselves a better life; in short we want a new life, while Hezbollah’s priorities are keeping the system and making sure they’re on good terms with their allies. For the first time ever, we are having a clear diversion in vision."