L K Advani and Murli Manohar Joshi's exit from electoral fray: The old has to make way for the new 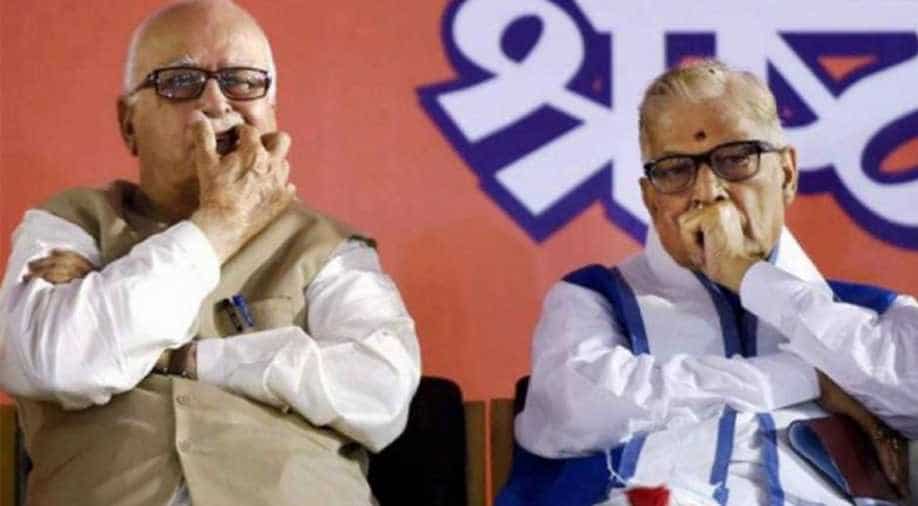 The decision is in keeping with the party’s strategy of pushing up new faces and preparing them for a longer inning in active politics as parliamentarians.

After the May 2014 victory, the Bharatiya Janata Party under the Narendra Modi-Amit Shah duo decided to bench its newly elected MPs of seventy years and above. None was given a ministerial berth, and the tallest among them were designated as ‘mentors’. That the so-called Margdarshak Mandal of which these veteran leaders were made members, ended up a showpiece, should not have surprised anyone, because it was an informal arrangement to register a generational shift within the party.

That shift has now been formalised with ticket distribution for the 2019 general elections. If in 2014, the senior founding members of the party contested elections, this time around they have been kept out of the electoral fray.

LK Advani, MM Joshi, Kalraj Mishra, Shanta Kumar and Karia Munda are only three of such names that have been ‘persuaded’ to not contest. The decision is in keeping with the party’s strategy of pushing up new faces and preparing them for a longer inning in active politics as parliamentarians. It also signals curtains for the veterans who formed the backbone of the party in its earlier, formative stages. While the BJP leadership of the day has stated that these seniors had themselves expressed their desire to keep away from the electoral fray, it is obvious that some of them have not been happy with their exclusion.

Yet, they have little leverage in today’s BJP to cause the party any real harm.

There are those who had seen the writing on the wall earlier on and rebelled. Yashwant Sinha is prominent among them. After being left out of the ministry in 2014 and realising months later that there was no scope of rehabilitation, he began to speak bitterly against the present leadership, including Prime Minister Modi. That his son Jayant Sinha was taken in as a minister and given charge of important portfolios, did not work as an emollient on his wounds.

It would be erroneous to judge the decision of keeping the veterans out as a sign of ‘ingratitude’. With the change in time, the old has to make way for the new. it would have added to the stature of these veteran leaders had they themselves taken the initiative and declared their non-availability, and pledged to work whole-heartedly for the newer crop of leaders. Instead, they sulked and revolted. A few others, though not seventy-five plus of age, cast their lot with the seniors and regularly took potshots at the Prime Minister and Amit Shah. One such name is Shatrughan Sinha who is now firmly in the opposition camp and is slated to contest against senior BJP leader Ravi Shankar Prasad from the Patna Sahib seat in Bihar.

The Advani case is especially interesting. He has represented the Gandhinagar Lok Sabha constituency in Gujarat and won handsomely from there. It is an open secret that Amit Shah had played a stellar role in Advani’s successful bids from there, so much so that, had the BJP veteran not stepped in the constituency, he would have still won. Now, Shah will himself contest from the same seat that he had managed with aplomb for Advani. Amit Shah’s inclusion in the list of candidates has come as no surprise since it had been anticipated that ever since he became a Rajya Sabha member, he would seek to make it to the so-called lower House.

There was a time when Advani, along with Atal Bihari Vajpayee, had the final say in ticket distribution in the BJP. It is an indication of changed circumstances that, let alone having a say in candidate selection, Advani could not get a ticket for himself. it is truly a political sunset for him, because, even as the most prominent name in the Margdarshak Mandal, he has little role to play; indeed, the Mandal itself is a decorative item.

Joshi too has come to the end of his political journey. In 2014, he was displaced from Varanasi and packed off to Kanpur. He won from the latter seat by riding the Modi wave. The denial of a ticket to him had to do with his age, but the decision was also taken on the winnability factor. Joshi was not seen as a winnable candidate from the constituency — one, because the popular feedback in the region went against him, and two, because the BJP was up against the formidable SP-BSP alliance.

With the purge of veterans, the BJP is hoping to kill two birds with one stone. Stem anti-incumbency and project a fresh look for the party. Yashwant Sinha had sarcastically remarked that the party’s new leadership considered those above 75 years of age as “brain dead”. It remains to be seen whether the BJP’s new move turns out to be brainy.