For Mary Kom and Nikhat Zareen, it's time to move on from bitter controversy 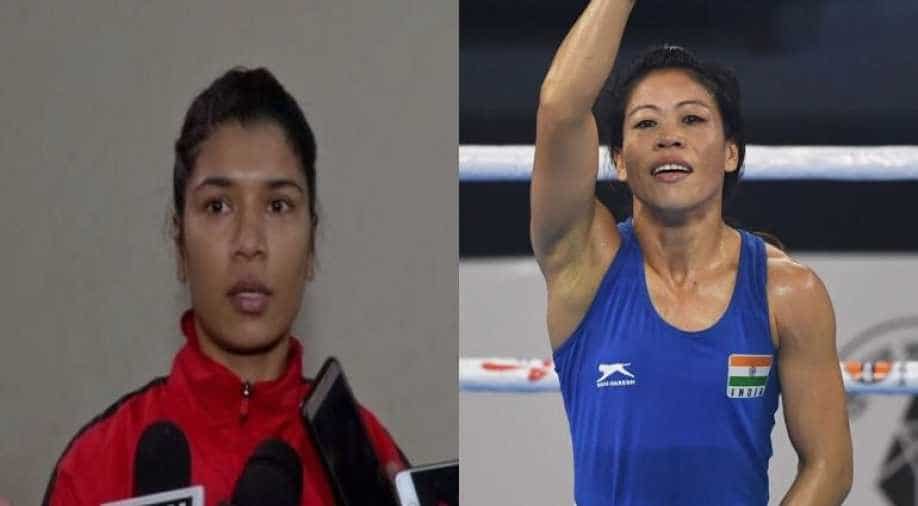 It is exciting to watch two players compete, but a war outside the ring must be avoided

Mary Kom, who has booked her place in the Indian team for the qualifiers slated to be held in Wuhan, was visibly upset with Nikhat Zareen for her continuous attacks.

The controversy surfaced in October when Nikhat alleged that she was not allowed to participate in the trials for 2019 Women's World Boxing Championships.

In a letter to the Boxing Federation of India (BFI), she said her name was struck off from the trials to 'favour a particular boxer'.

Although, the selection committee had refuted the reports, saying that the decision to not hold the trials and select Mary Kom was taken in view of India's medal prospects.

Nikhat again shot off an open letter to Sports Minister Kiren Rijiju after BFI announced the direct selection of Mary Kom for the Olympic qualifiers.

It became a matter of prestige to Mary Kom when Nikhat publicly demanded trials. After defeating Nikhat in the trials, Mary confessed she was angry for being dragged into the unnecessary controversy.

In an effort to play down the matter, Rijiju lauded both the players and asked everyone to move on, and rightly so.

Rivalry is not healthy in any sport. Noone can grow amid politics when bitterness dominates the atmosphere. Both the players grabbed headlines for all the wrong reasons following the controversy,

Let's hope the row ends here. Mary Kom, who has the Olympic Qualifiers coming up in February, must forgive and forget. The 36-year-old is a legend in the true sense and she has achieved what no other boxer has. Her credentials can't be questioned.

Nikhat Zareen, who earlier claimed nepotism and favouritism, has now toned town and stated that her fight was against the system and not Mary.

Zareen must understand that before taking such things out for a bitter media trial, one should try to resolve the issue amicably. It is exciting to watch two players compete, but a fight outside the ring must be avoided.