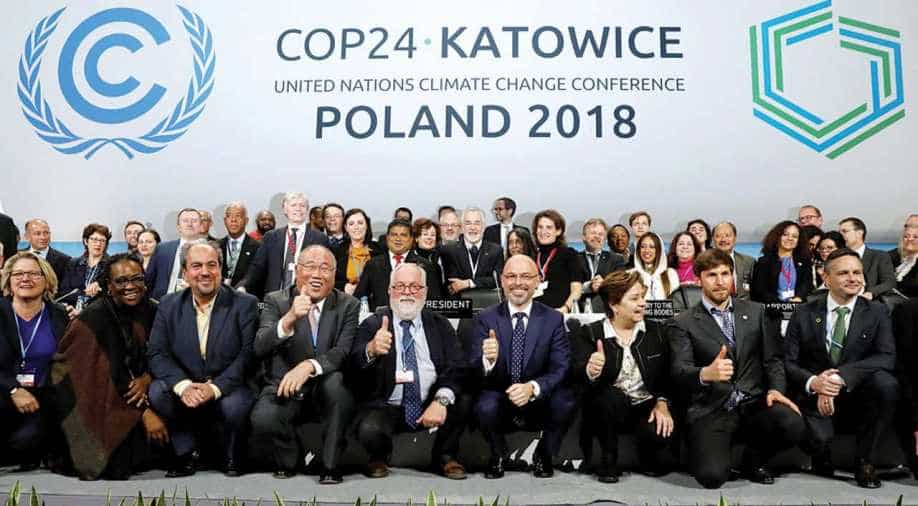 Both the governments as well as the researchers in developing countries need to be extra vigilant in tracking climate policy globally and nationally.

After extended hours of negotiations, the COP 24 held in Katowice, Poland, finally sent out a sigh of ‘temporary’ relief.

The rule book for implementing the Paris Agreement is an important milestone in the ‘global’ quest to address climate change in accordance with the principle of equity and common, but with differentiated responsibility and respective capabilities.

Dodging the skepticism rooted in the hard negotiations and slow progress in the run-up to COP 24, an agreement, even if with rued nods from many parties, is a positive step.

However, the unfolding of the negotiations warrants that developing countries invest in greater scrutiny of the implementation as well as subsequent discussions at COPs.

For over a decade now, the meaning of ‘global’ quest is being, subtly, pushed towards, what may be called, Third World’s burden irrespective of respective capabilities and responsibilities.

Many influential thought leaders from the developed world, while revealing their helplessness with, and discounting the withdrawal of the USA from the Paris Agreement by citing the commitments from the various state governments and cities, urge the developing countries, particularly China and India, to take on greater commitments without taking into account their own roles and responsibilities.

This convolution of differentiation was obvious at least in four instances during proceedings of the COP24: First, the unwillingness of industrialised countries to include providing credible and verifiable information on financial flows in the Global Stock Take process was in clear defiance of the objective of the Paris Agreement.

The Paris Agreement aims to ensure financial flows consistent with the requirements of the climate resilient low-carbon development pathways.

After doing away with the distinction between Annex I and non-Annex I countries, providing climate finance to developing countries is the most significant substantive parameter of ensuring equity.

The diplomatic keenness of France to protect the Paris Agreement, by announcing annual replenishment to GCF, when the finance agenda was to become a point of deadlock explains the centrality of finance to successful climate negotiations, as well as ‘global’ climate action.

Second, the opposition to the use of accumulated credits from the market mechanisms under the Kyoto Protocol in the new market mechanism under the Paris Agreement by many developed countries is equivalent of arguing for quantified emission reduction targets for developing countries, post-facto, when the relevant global agreement did not require them to have any.

The argument that the new rules are stricter, leading to the issues of environmental integrity, is not merely a technical point. It is symptomatic of political cunningness of trickery by rules.

Doubts over environmental integrity of certain Clean Development Projects (CDM) had been discussed in great detail during the reform debates and many proposals were made, including the use of a discount rate. These options are valid for the new market mechanism as well.

Discarding a celebrated market mechanism’s legacy in its next avatar and putting developing countries in a disadvantageous position must be understood as the reflection of the core political design of industrialised countries.

Third, the opposition by developed countries to the flexibilities given to developing countries in complying with the reporting requirements, along with the demands for greater details, leaves the process of Global Stock Take far from being congenially resolved.

The proposal to divide the rule-book into multiple agreements, which was rightly opposed by developing countries, was a clever attempt by developed countries at keeping the developing country parties under undue pressure of ‘global’ (read Northern) scrutiny.

Finally, as has been much debated, the unwillingness of some of the developed countries to ‘welcome’ the 1.5 degrees report from the IPCC – despite having asked for this assessment – is a clear indication of their unwillingness to adopt stricter mitigation measures today, even though this may result in significantly larger impacts in the world and on those that have greater vulnerabilities and lower adaptive capacities.

We are once again proving that we are not able to deal with the science truly, in face of political compulsions. To sum up, as noted by India in her formal reservation statement, implementation of the principle of equity and differentiation is constantly being undermined.

Having done away with the top-down distinction between industrialised and developing countries, now the attempt is to erase it, if not reverse it, through the details of implementation of the Paris Agreement.

Both the governments as well as the researchers in developing countries, therefore, need to be extra vigilant in tracking climate policy globally and nationally.

The author is Indian negotiator at COP 24