On a shaky ground: India Nepal dispute put the stability of the region at risk 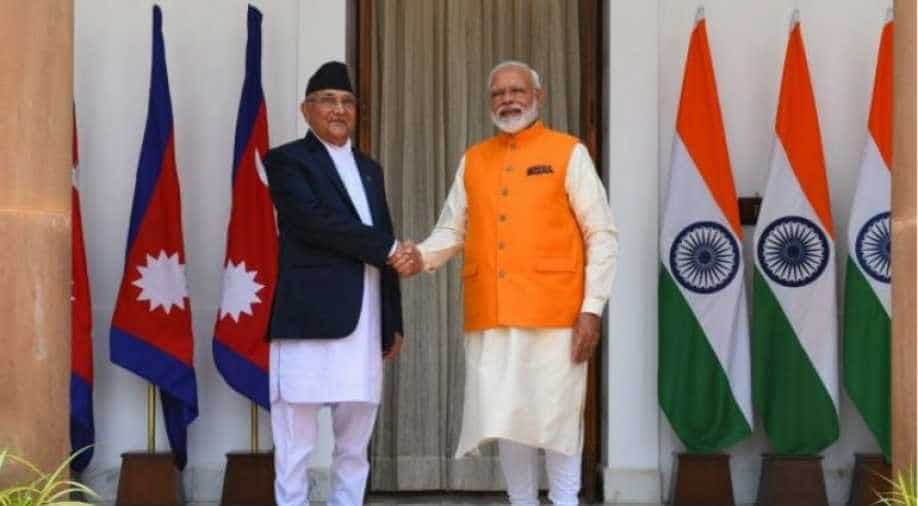 A lot has happened in Nepal over the weekend -- the controversial map bill has been fast-tracked, New Delhi has offered to solve the dispute through dialogue. The anti-India sentiments gave way to anti-govt protests, and Kathmandu has released details of its coronavirus expenses.

The anti-government protests increased in the country as the Nepal government was blamed for not doing enough to contain the outbreak. The government has been accused of misusing relief money. The government further faced immense criticism for responding to the protests with force and violence, and detaining dozens of demonstrators, including several foreign citizens.

Nepal says that foreign powers are apparently trying to interfere in its internal matters, but the protests seem to bearing fruit.

The Nepal government has been forced to make public the details of its coronavirus expenses.

According to the details, the federal and provincial governments have apparently spent 8 billion rupees in dealing with the pandemic.

Also read| Indo-Nepal ties not ordinary, no power in the world can break it: Rajnath Singh

As we all know, Nepal wants to update its map to include the disputed territories of Kalapani, Lipulekh and Limpiyadhura.

On Sunday, the bill reached the upper house and a proposal to discuss the amendment bill for approval was unanimously endorsed.

The discussion is expected to go on for 72 hours, and the outcome will be declared by Thursday.

The Defence Minister of India Rajnath Singh has categorically stated that any misunderstanding with Nepal will be sorted only through dialogue. He even used a famous adage to describe India's ties with Nepal. He called the bilateral relationship "roti-beti ka rishta", which in simpler words means it's like a relationship between two families.

On May 08, the Indian Defence Minister virtually inaugurated a new 80-kilometre long road in the Himalayas. This road was built along the India-China border at the Lipulekh pass.

Three days later, on May 11, Kathmandu protested and contended that the road crosses territory it claims.

It accused India of changing the status quo and summoned the Indian ambassador to Kathmandu.

Nepal's actions were followed by some remarks by the Indian army chief on May 15.

Without taking any names, army chief M.M Naravane said that Nepal was doing what it was doing at someone else's behest -- a subtle reference to the growing influence of China in Nepal.

What followed was an endless war-of-words. The Prime Minister of Nepal unleashed a torren of invectives against India. He took jibes at the Indian motto of 'satyamev jayate' ---- truth prevails. Prime Minister K.P Oli said that India was not living up to this motto.

Its been less than a month and now his government is on the verge of passing a constitutional amendment to alter its official map.

If this continues, a possible dispute between India and Nepal will further put the stability of this region at risk. So, New Delhi and Kathmandu need to think out of the box and find a practical solution.