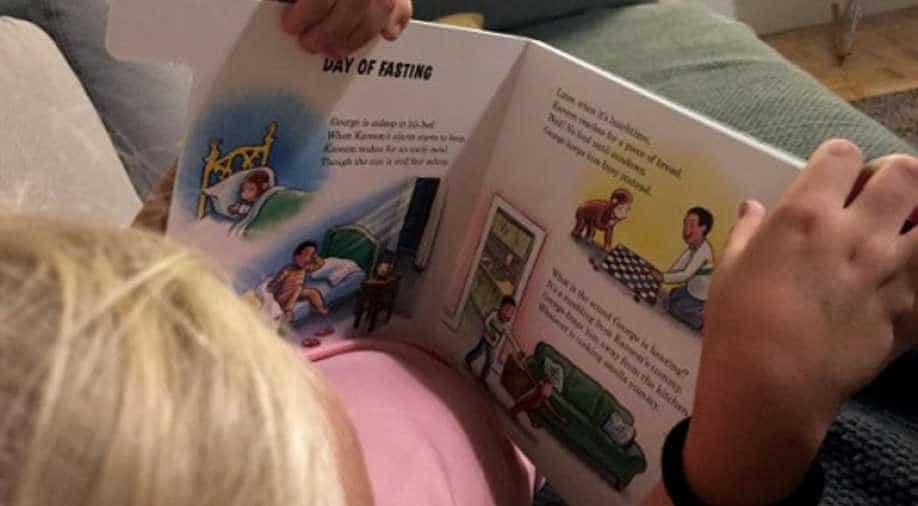 US author Hena Khan wanted to focus on the celebratory aspects of Ramadan, so Curious George attends family gatherings and visits a mosque to put together charity baskets. Photograph:( AFP )

Follow Us
The beloved American children's book character Curious George is breaking fast for Ramadan this year, with chocolate-covered bananas, of course.

It comes amid rising tensions fueled by worries about Islamist extremism and a heated Presidential campaign during which Republican presumptive nominee Donald Trump has called for a ban on all Muslims entering the United States.

US author Hena Khan "wanted to focus on the celebratory aspects" of Ramadan, so George attends family gatherings and accompanies his friend Kareem to a mosque to put together charity baskets, she said.

A writer of Pakistani origin from Rockville, Maryland, Khan has already written two children's books about Islam, "but there's something different about having Curious George, a mainstream, well-known, iconic character recognise your tradition and make you feel included".

The story assumes the humorous tone of other volumes in the series, which has sold more than 75 million books since it debuted 1941 and went on to become an animated television series and 2006 feature film.

At one point in the story, the playful monkey - who has also celebrated Christmas and Hanukkah - falls over while trying to put together a charity package, failing to control his hunger.

Khan said the publisher granted her freedom to shape the project, and that she focused on making the holiday approachable.

"It was really a reflection of the way Americans that I know celebrate and observe Ramadan, in a very simple way that's understandable for children," the mother of two said.

The book's release coincides with a particular rise in anti-Islamic rhetoric, she noted.

"There's a very dangerous narrative being spread about Muslims and inaccurate things being said," the author said. The book "comes at the right time in terms of trying to promote understanding and tolerance".