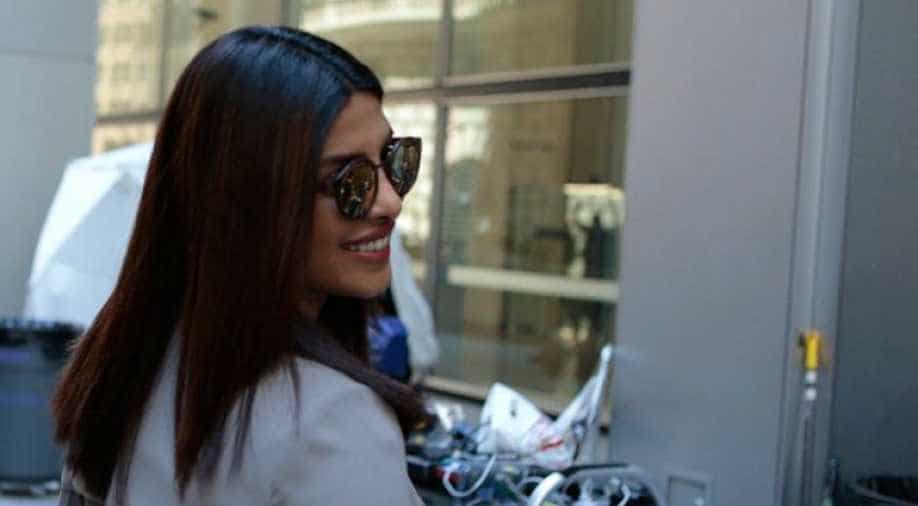 Priyanka Chopra on the sets of her TV show 'Quantico.' Photograph:( Twitter )

Actress Priyanka Chopra is resting at home after a "minor incident" on the set of her ABC show "Quantico," the network said Friday.

Celebrity news website TMZ, citing unnamed sources, said the actress had slipped and fallen during a stunt and suffered a concussion after hitting her head.

In a statement, ABC did not confirm this but said a "minor incident" took place on the New York set of the FBI drama series on Thursday night.

"It would be premature to comment further until we have all the information. Priyanka was examined by a doctor, released and is home resting comfortably," the network added.

A representative for the actress said she will return to work after the weekend.

Walt Disney-ABC did not comment further on whether production of the show will be halted, but trade publication Variety said production will not be shut down while Chopra recovers.

Chopra, 34, made her transition from Bollywood to Hollywood as the lead of "Quantico," in which she plays an FBI recruit turned CIA agent. She will also be starring in the upcoming film reboot of "Baywatch."