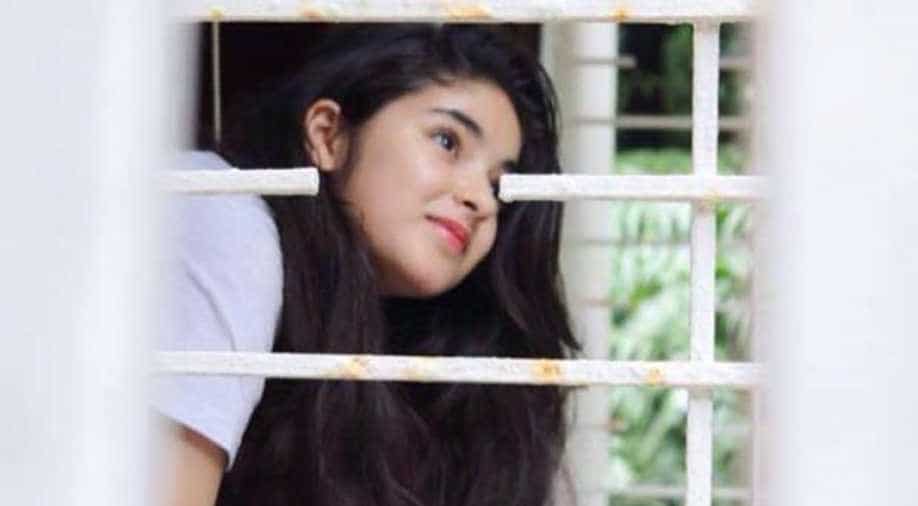 Zaira is a teenage star from Kashmir who played the role of younger Geeta Phogat in recently released Bollywood movie Dangal. Photograph:( Facebook )

Zaira Wasim, who shot to fame for playing the role of younger Geeta Phogat in the much-acclaimed Bollywood movie ''Dangal'', posted an apology on Twitter and Facebook after she was trolled on social media for meeting the chief minister of the northern Indian state of Jammu and Kashmir.

The actress said in her social media post, which was later taken down by her, that she was just a 16-year-old kid and that people should treat her likewise.

Some of the trolls asked her as to why she met the chief minister when she could've instead met the victims of the turmoil being witnessed in Indian Kashmir.

Omar Abdullah, who is a prominent opposition leader in Jammu and Kashmir, tweeted his disgust with such trolls forcing a 16-year-old to apologise for no fault of hers.

A 16 year old shouldn't be forced to apologise & that too allegedly for meeting @MehboobaMufti. What are we coming to!!!!! https://t.co/MFz3ZKykV1

I've a problem with @MehboobaMufti trying to userp other peoples success to cover up her own failures but why punish/troll people she meets?

While Zaira has not revealed any reason behind her apology, social media space is buzzing with speculation that the apology was the result of some kind of threat and pressure.

The post further reads that she wants to apologize to all those whom she might have “unintentionally hurt”.

Zaira termed her recent actions as “not deliberate”.

She hoped that she will be forgiven for her “unintentional” actions.

She also said that people should stop calling her the role-model of youngsters.

Meanwhile, chief minister Mehbooba Mufti today while referring to her meeting with Zaira said that these girls must be encouraged for they are the real stars of the people.