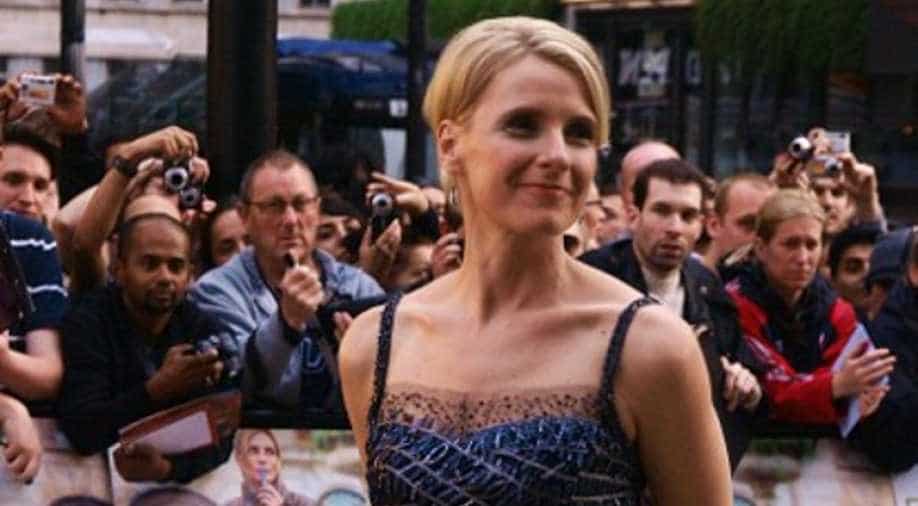 Gilbert married Jose Nunes in 2007 and the couple lived in Frenchtown, New Jersey about 96 kilometers west of New York where they ran a store. Photograph:(AFP)
Follow Us
It was the romance that provided the happiest of endings to an iconic memoir that became an international bestseller and also spawned a Hollywood movie starring Julia Roberts.

Eat, Pray, Love author Elizabeth Gilbert announced on Friday that she was parting from her husband, Jose Nunes, with whom she fell in love at the end of a journey of self-discovery more than a decade ago.

"I am separating from the man whom many of you know as 'Felipe' — the man whom I fell in love with at the end of the 'Eat, Pray, Love'  journey," she wrote on her Facebook page.

"He has been my dear companion for over 12 years, and they have been wonderful years. Our split is very amicable. Our reasons are very personal."

The couple married in 2007 and lived in Frenchtown, New Jersey, about 96 kilometres west of New York, where they ran a store.

Eat, Pray, Love tells how Gilbert spent four months in Italy savouring food, four months exploring spirituality in India and then travelled to Bali, where she fell in love, following a messy divorce.

Published in 2006, it has been translated into more than 30 languages and sold more than 10 million copies worldwide.

In 2010, she published a follow-up memoir called Committed which explored her ambivalent attitudes about marriage and which also became a New York Times bestseller.

The 46-year-old author and novelist's experience of bartending, while trying to make ends meet in New York earlier in her career, became the basis for the movie Coyote Ugly in 2000.

Time Magazine named Gilbert one of the 100 most influential people in the world in 2008.