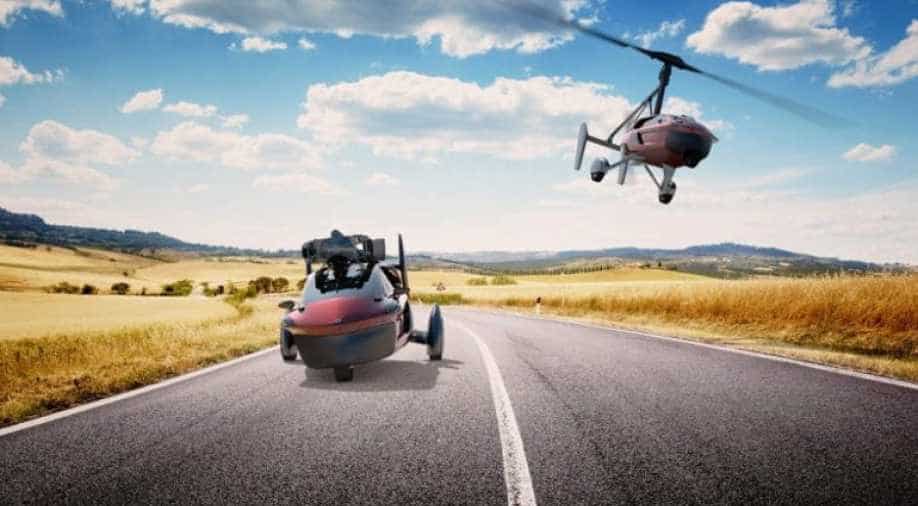 Although it seems that PAL-V Liberty?s aerial engine is not too powerful enough, its makers say the vehicle can go up to 11,000 feet above sea level. (Image credit: Pal-V) Photograph:( Others )

The Dutch company PAL-V has made our dream a reality. They have launched the world’s first commercial flying car. The car, though not as appealing as the Jetsons or Star Wars, is a cross between a copter and a car.

The PAL-V Liberty is a two-seater car with two engines -- one engine that will power the automobile on the road and the other in the skies.

The visual and technical appeal of the car catches the eye when it is ready to soar as the blades mounted on the vehicle spread to help the vehicle take off.

Although it seems that PAL-V Liberty’s aerial engine is not powerful enough, its makers say the vehicle can go up to 11,000 feet above sea level.

The PAL-V would not be able to fly straight out of the garage, though. The company advises having a runway of at least 600 feet, though 900 feet would be the ideal length of the strip.

But the upside is that the flying car doesn’t need space for landing. The PAL-V Liberty can land almost vertically. The only space required is the width of the copter.

The Liberty meets both the regulations of the US and Europe and plans to be sold worldwide. Driving the Liberty requires both a driver’s and a pilot’s license. A gyrocopter license will also suffice.

All this feels like a dream, and for most it will remain one, as the PAL-V Liberty would cost you an arm and a leg.

And even if you have that kind of cash lying around, a non-refundable deposit is required to get in line just to buy one. And even after depositing the money, the wait to get one is around one-and-a-half years.