Dear Zindagi: A Look at Women On and Off Screen 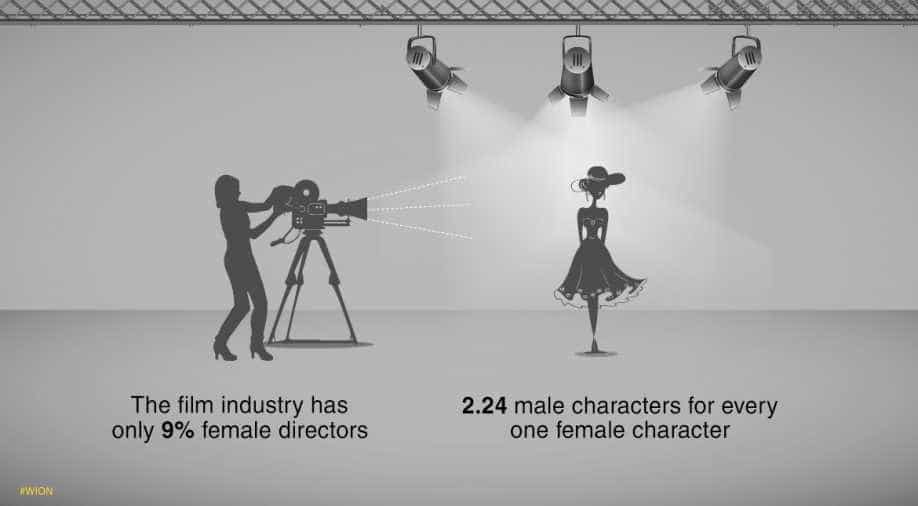 She?s on a journey of self-discovery, but she isn?t lost; she?s going through trouble, but she doesn?t need a romantic savior (Graphic by Ishu Vaid) Photograph:( WION )

Dear Zindagi is a dear film. It hits all the cinematic chords under the direction of Gauri Shinde, one of the few female directors in Bollywood today.

In a world where a majority of the audience equates psychology, mental health and therapy with insanity, exploring such a sensitive topic is no less than a herculean task. Shinde knew not only how to tackle it but also crack it. She begins with a strong script, setting the film in the picturesque state of Goa, India, with characters that are far from clichéd roles that women usually portray in Bollywood ventures.

The story revolves around Kaira (Alia Bhatt), a ‘free-spirited’ and ‘care-free’ cinematographer who’s disturbed state of mind after a series of ‘bad lucks’ in romantic relationships leads her to Jahangir (Shahrukh Khan), a psychotherapist with a ‘friendly’ approach to his practice.

As Kaira shares the intimate details of her life with Khan, her perspective about life starts changing with his simple but thought-provoking counselling. She gradually starts to examine her life and dig deeper into her childhood where the roots of her distrustful behaviour in relationships lie. Flashbacks take us to the time when as a 6-year-old. She was abandoned by her parents, who left her with her grandparents to travel outside India for work.

Although childhood abandonment is a reality in the world we live in, the reasoning given in this film (the parents couldn’t ‘afford’ to keep the child with them) is a bit too simplistic. It makes you think of the clichéd way everyone loses their parents in a typical Bollywood storyline: “in a car accident, twenty-five years ago.” But let’s not let this little shortcoming get in the way of this mindful work of art.

What sets this film apart?

Considering that 1 in 5 individuals need counselling in India, it was eminent to address this topic through a mass medium and what better way than a relatable cinematic experience to raise awareness about mental health.

One of the pivotal elements leading this film to its glory is the female director’s touch. Films trying to be about or for women empowerment can take a few lessons from Dear Zindagi. There are many elements that differentiate this film from similar ones written or directed by male directors, and I call upon anyone interested in this aspect of the film to do a full study and analysis of the film in the light of gender studies.

But for the sake of this short review, I’ll just point out one: the multi-faceted nature of Kaira’s character. She has real professional goals as a cinematographer. She is confused, but not powerless. She wants independence, but understands the role of a man in her life. She yells, but she isn’t disrespectful. She likes men who can charm her, but isn’t enraptured by their charisma. She’s on a journey of self-discovery, but she isn’t lost. She’s going through trouble, but she doesn’t need a romantic saviour. She is a multi-faceted being, also known as a human being.

The script is very strong with sketching scenes that keep building, ultimately leading to a satisfying and realistic climax. Being the writer and director at the same time can sometimes be challenging, but not if you are the Coen Brothers or in this case, Gauri Shinde who know how to direct their self-written words and not let any mediocre line or scene find its way into the film.

Alia Bhatt delivers an honest performance. Her character is believable and has just the right amount of swag and attitude to make Kaira standout while also the grace and depth needed to make her relatable.

For Shahrukh Khan, this should be a self-testimony that he is more than capable of delivering multi-layered characters, and it’s time he gives himself in the hands of capable directors like Gauri who can get the best out of him. Although he delivers a good performance, there was still more room for him to be ‘directed’ to portray the character with more vulnerability and humility.

Cinematographer Laxman Utekar's choice of colour palette gives the film its dreamy look and feel while the editing Hemanti Sarkar delivers a seamless package. Music by Amit Trivedi complements the other components of the film, rather than stealing attention away from the film, thus fitting perfectly wherever used.

According to a study of women in film industry by Geena Davis Institute in 2014, there are 2.24 male characters for every one female character. Only 23% films had a female lead or co-lead. Out of 1,452 filmmakers whose gender was identifiable, only 20.5 percent were female while the majority of 79.5 percent were male.

On screen, female characters are more than twice as likely to be either partially or fully naked. India had the smallest disparity in depictions of work: women make up 25.3 percent of the off-screen workforce and 15.6 percent on the onscreen one. Women in Indian movies are made to emphasize on their sex appeal but are unlikely to have professions if any. So for Kiara being portrayed as a cinematographer, a very technical profession, is a rare and welcoming occurrence.

According to another study in 2015 by the Center for the Study of Women in Television and Film at San Diego State University, women made up only 9% of directors among the top 250 domestic grossing films. They comprised only 12% of directors among the top 500. Women represented just 11% of writers in 2015, 20% of executive producers, 26% of producers, 22% of editors, and 6% of cinematographers. The increase in the percentage of women over the year has been negligible.

800,000 people globally die by suicide each year and 350,000,000 people in the world are affected by depression (WHO). In India, 1 in 5 individuals in the country need psychological or psychiatric counselling (Government of India)

Shinde has beautifully addressed the formidable topic of mental health in a story that also breaks some social conventions regarding women, making this one a must watch!

(Research and Editing by Devanshi Verma)