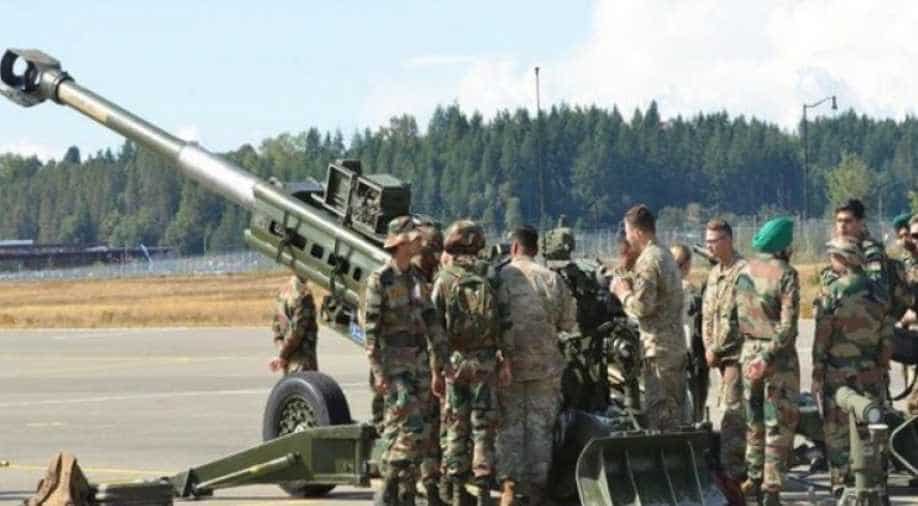 It is a part of the ongoing Indo-US defence cooperation. Photograph:( ANI )

Indian and US Army soldiers were trained jointly on the howitzers and Chinook helicopters during their Yudh Abhyas 2019 exercise at Joint Base Lewis-McChord, Washington.

The exercise "Yudh Abhyas" started on September 5 and will continue till September 18.

It is a part of the ongoing Indo-US defence cooperation.

Chinook and ultra-light howitzers have been acquired by India also and both would be used during Exercise HimVijay in Arunachal Pradesh near the China border in October.

This is the 15th edition of the joint exercise hosted alternately between the two countries.

Both armies are jointly training, planning and executing a series of well-developed operations for neutralisation of threats of varied nature.ln the end, a joint exercise will be undertaken by both countries in an operational setting under a UN mandate.