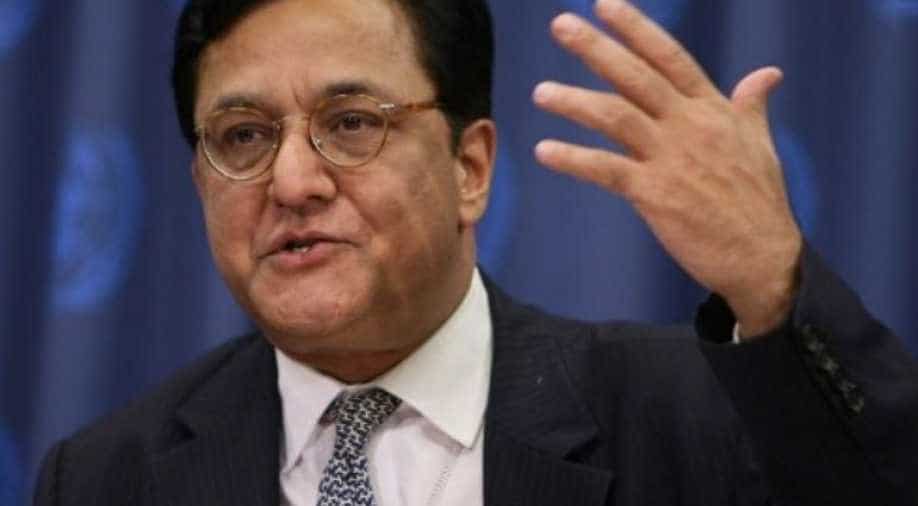 The ED producer Kapoor before a holiday court which remanded him in the probe agency's custody till March 11.

Yes Bank founder Rana Kapoor, arrested on money laundering charges, was remanded in the Enforcement Directorate's custody till March 11 by a Mumbai court on Sunday.

Kapoor, 62, former MD and CEO of the private bank, was arrested by the Enforcement Directorate (ED) under provisions of the Prevention of Money Laundering Act (PMLA) here around 3 am on Sunday as he was allegedly not cooperating in the probe, officials earlier said.

He was arrested after charges of alleged financial irregularities and mismanagement in the operations of the private bank surfaced and the RBI and Union government initiated action to control its affairs.

The ED producer Kapoor before a holiday court which remanded him in the probe agency's custody till March 11.

The ED told the court that the role of some companies run by Kapoor's family members needs to be established and they need to confront all these people with the accused.

The defence lawyer, however, said Kapoor has been selectively targeted by the ED and he is cooperating with the probe agency.

"We are ready to cooperate and submit all the documents that the agency wants. I have fully cooperated with them," Kapoor said in the court.

The central probe agency is primarily investigating Kapoor, his wife and three daughters over a Rs 600 crore fund received by a firm allegedly "controlled" by them from an entity linked to the scam-hit Dewan Housing Finance Limited (DHFL), official sources said.

The Kapoor's linked firm, DoIT Urban Ventures (India) Pvt Ltd, is alleged to have received the funds when Yes Bank had an exposure of more than Rs 3,000 crore loans to DHFL, already being probed for purported financial irregularities and diversion of funds.

The bank, they said, allegedly did not initiate action to recover the NPA-turned loans from DHFL and the agency suspects that the Rs 600 crore funds were part of alleged kickbacks received as quid pro quo in the firm controlled by the Kapoor family.

Rana Kapoor told the court that the DoIT company is in name of his two daughters- Radha Kapoor and Roshni Kapoor.

Yes Bank had given around Rs 3,700 crore loan to triple-A-rated DHFL company, and later about Rs 600 crore was borrowed by DoIT Company from DHFL, he said.

The DoIT company is still repaying the loan and it is not an NPA (non-performing asset), Rana Kapoor said.

"From the last few days I was not well, hence my family members took me to Breach Candy Hospital, but still I am cooperating with the ED," he told in the court.

However, the ED told the court that it wants to conduct a thorough investigation and "many people are under the scanner".

The court then remanded Rana Kapoor in ED's custody till March 11.

Before his arrest, he was questioned by the ED sleuths for over 20 hours after the central agency raided his residence on Friday night.

The ED, meanwhile, is also recording the statement of Rana Kapoor's wife and daughters.

The ED action came after the Reserve Bank of India (RBI) on Thursday imposed a moratorium on the capital-starved Yes Bank, capping withdrawals at Rs 50,000 per account, and superseded the board of the private sector lender with immediate effect.

Yes Bank will not be able to grant or renew any loan or advance, make any investment, incur any liability or agree to disburse any payment.