Yeddyurappa calls back all BJP MLAs camping in Gurugram 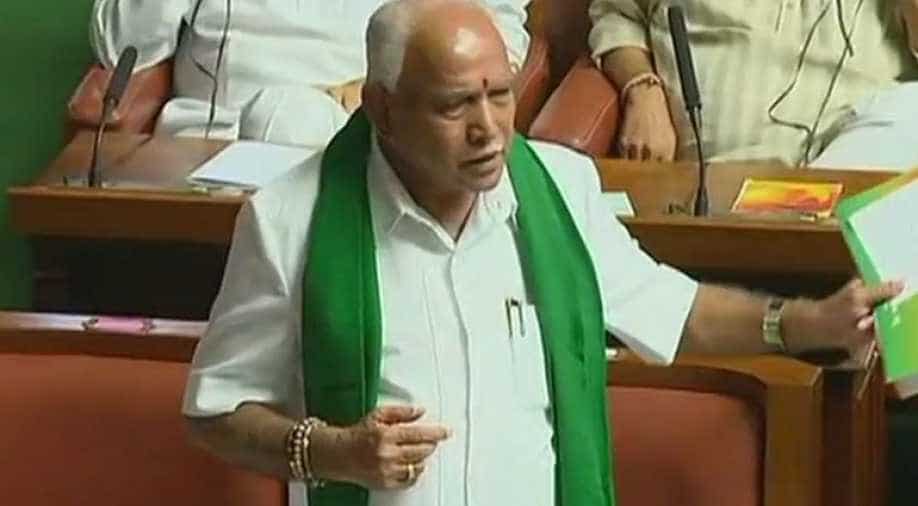 Earlier in the week, Yeddyurappa had alleged that Chief Minister HD Kumaraswamy was indulging in horse-trading by offering money and ministerial posts to BJP MLAs.

The BJP MLAs from Karnataka said they were in Gurugram since Monday evening to devise strategies for the coming Lok Sabha polls, and not to avoid being "poached" by the ruling Congress-JDS alliance.

Earlier in the week, Yeddyurappa had alleged that Chief Minister HD Kumaraswamy was indulging in horse-trading by offering money and ministerial posts to BJP MLAs.

"We are not indulging in any poaching. It is Chief Minister Kumaraswamy who is indulging in horse-trading. He himself is offering money and ministerial posts to our MLAs," he had said.

Former Karnataka CM and BJP leader BS Yeddyurappa, in Bengaluru: Our MLAs are returning to Bengaluru from Delhi. We will tour the state and analyse the situation of drought. We will not destabilize this govt at any cost. Congress and JDS need not worry. pic.twitter.com/gQyH4OaIoR

The charges of horse-trading were triggered after three Karnataka Congress MLAs visited Mumbai on Monday, reportedly along with some BJP MLAs.

This was followed by the Congress` allegation that the BJP was trying to poach the ruling party's MLAs to destabilise the ruling coalition government in Karnataka.

Political turmoil intensified after two independent MLAs in the Karnataka Assembly - R Shankar and H Nagesh - withdrew their support from the Congress-JD(S) coalition government in the state on Tuesday.

The two MLAs had gone incommunicado two days ago before announcing their decision at a press conference in Mumbai.In the 224-member Assembly, JD(S) has 37 MLAs and the Congress 80.

The Congress-JD(S) alliance has the support of some Independents in the House where the majority figure is 113 stay in power.