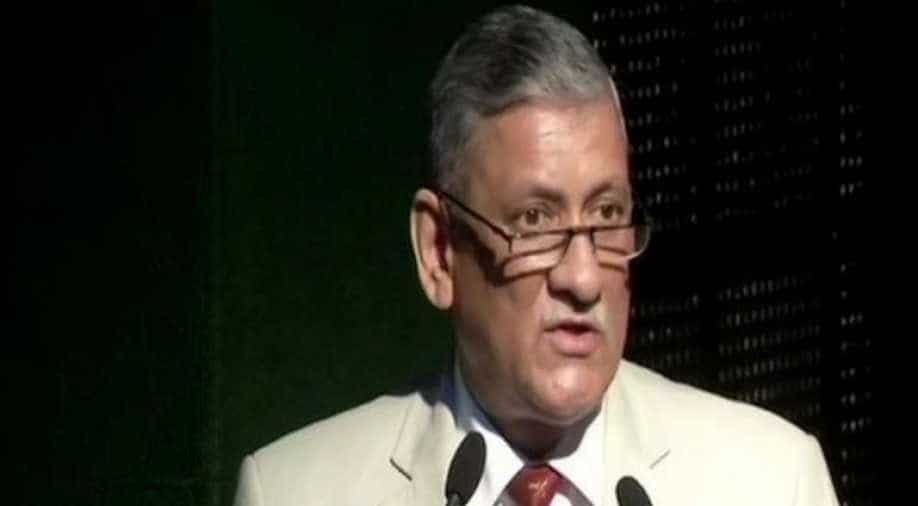 'We have to work according to the directions of the government in power,' General Rawat said during a media interaction when his reaction was sought on allegations about his political inclination.

Chief of Defence Staff (CDS) General Bipin Rawat on Wednesday refuted allegations about him being politically inclined and asserted that the services work on government directions. "We stay far away from politics, very far.

We have to work according to the directions of the government in power," General Rawat said during a media interaction when his reaction was sought on allegations about his political inclination.

On December 26, then Army Chief General Rawat had said that leading masses and crowds to carry out arson and violence in cities and towns is not leadership, in a reference to the countrywide anti-CAA protests.

"Leaders are not those who lead people in an inappropriate direction," he had said. Several leaders across the political spectrum had taken exceptions to his statement and condemned the then Army chief`s remark.

Communist Party of India (CPI) released a statement on General Rawat`s remark, accusing him of violating Section 21 of the Army Act. The remark violated service rules which prohibit him from making any kind of comment unrelated to Army matters, it said.

Taking a dig at him, AIMIM chief Asaduddin Owaisi had said, "Leadership is knowing the limits of one`s office. It is about understanding the idea of civilian supremacy and preserving the integrity of the institution that you head."Congress leader Digvijaya Singh had also expressed similar sentiments.

"I agree [with] General Saheb but also leaders are not those who allow their followers to indulge in the genocide of communal violence. Do you agree with me General Saheb?" he questioned.

Several parts of the country witnessed a spate of protests over the Citizenship Amendment Act (CAA), many of which turned violent.