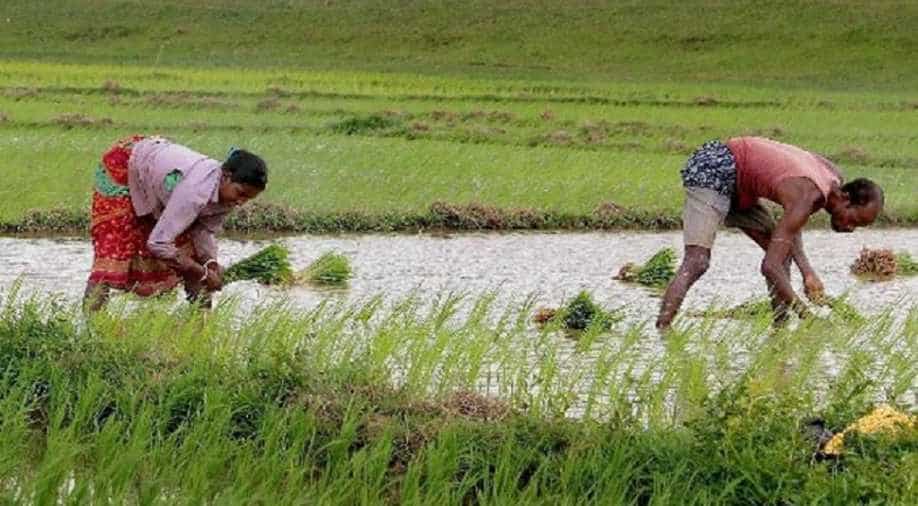 The decision was taken in a cabinet meeting, presided by Chief Minister Yogi Adityanath, on Tuesday which approved 11 proposals

Uttar Pradesh government has set a target to double agricultural exports by 2024.

The decision was taken in a cabinet meeting, presided by Chief Minister Yogi Adityanath, on Tuesday which approved 11 proposals.

The government has set a target to purchase 50 lakh metric tonnes of paddy under the Paddy Purchase Policy.

The procurement will start in some districts from October 1, which will run till January 31, 2020.

While in some districts the procurement process will start from 1 November, which will run till February 29, 2020, Spokesperson Shrikant Sharma said.

"Farmers producing more than 100 quintals of paddy will have to share proof of the yield. The government will also buy paddy from farmers who are involved in contract farming. Payment to these farmers will be made online within 72 hours of procurement. Target has been set to double agricultural exports by 2024. At present, it is Rs 17,591 crore," an official release said.

Sharma said the interim compensation would be given at the recommendation of the District Magistrate.

"In cases of an acid attack, rape, murder and mob lynching, the Cabinet today approved a proposal to give 25% interim compensation (of the fixed compensation) on an immediate basis," he said.

The cabinet has also approved to extend Rs 3,221.63 crore cash credit from cooperative banks to 23 cooperative sugar mills of the state for the year 2019-20, the release said.

A proposal related to a one-time settlement scheme of jaggery and Khansari units has also been approved.

"Change has been made in the portable and non-portable system to prevent alcohol theft and adulteration. Tankers will be equipped with GPS for online tracking," the release said.

Sharma said that 17 points related to development will be discussed in the state assembly on the occasion of 150th birth anniversary of Mahatma Gandhi.

A proposal to award of government and gram sabha land free of cost to the Civil Aviation Department for upcoming Jewar airport in Greater Noida has also been cleared by the cabinet.

Similarly, the land will also be provided for construction of a bus station in Dibiyapur of Auraiya district.

The Cabinet cleared a proposal related to reimbursement of funds equivalent to GST following the Chief Minister`s announcement to make the Hindi film Super-30 tax-free.

"Similarly, the proposal related to reimbursement of funds equivalent to GST has also been approved for the Hindi film Tashkent Files," Sharma said.