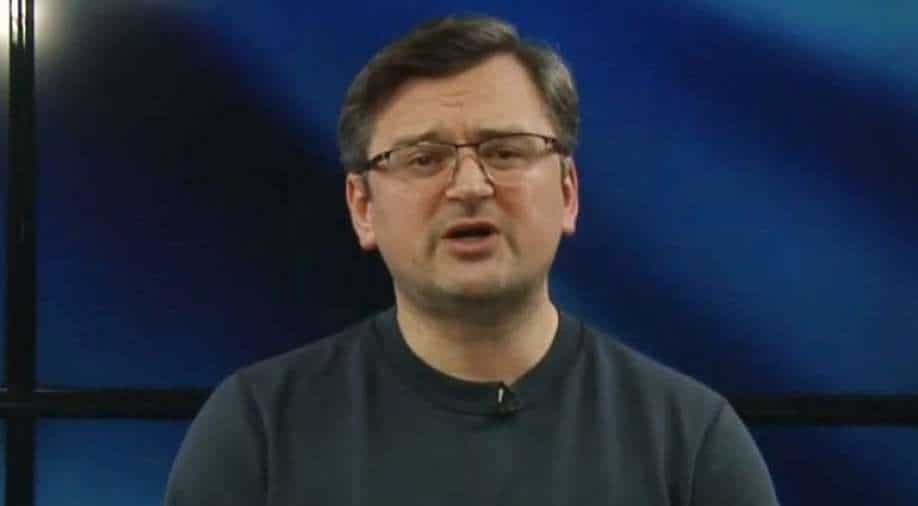 The Ukraine Foreign minister also pointed that invasion has impacted global agriculture market, including exports to India. India imports huge quantity of sunflower oil from the eastern European country, which is expected to take a beating amid the ongoing escalations

Pointing to the "special relations" between India and Russia, Ukraine foreign minister Dmytro Kuleba in response to a WION query, said, "All countries, who enjoy special relations with Russia, like India, can appeal to Putin. We call on PM Modi to continue reaching out to Russian President to explain him that this invasion is against the interests of all."

Modi and Putin have spoken twice since Russia has invaded Ukraine in February 24. During his first conversation on February 24, PM appealed for cessation of violence and return to the path of diplomatic negotiations.

While safety of Indian nationals has been on the top of the agenda of the talks, Modi has, during the talks, emphasized on "honest and sincere dialogue", according to the readout by the Indian side.

He explained, "We have to take into account that India is one of the largest consumers of Ukrainian agriculture products and if this war continues, it will be difficult for us to seed new harvest and then to collect it. In terms of global food security and for Indian too, it is best interest to stop this invasion."

India imports huge quantity of sunflower oil from the eastern European country, which is expected to take a beating amid the ongoing escalations.

He asked, "Ordinary Indians can put pressure on the Russian embassy in India to ask them to stop the invasion. Ukraine does not need this war....Putin does not recognise out right to exist but every country in the world can help us by demanding Putin to stop the attack."

Also Read | Weekend Special: Who is a Russian oligarch? Here's what you need to know

For India, the biggest worry remains the around more than 500 Indian students stranded in Sumy. Asked about it, during the virtual presser, he said, "To facilitate the withdrawal of the foreign students from Kharkiv and Sumy, Ukraine arranged some trains, we also set up a hotline that foreign students can address. We work closely with relevant embassies and coordinate our efforts with them."

India has launched Operation Ganga to evacuate its nationals from the war-torn country, who have crossed over to neighbouring countries like Poland, Slovakia, Hungary, Romania and Moldova. Under the evacuation operation, so far 63 flights have brought over 13,300 Indians back to India.

He called on the, "Governments of India, China and Nigeria, whose students are in Sumy and Kharkiv" to "the stop fire" by reaching out to Moscow. New Delhi has been in touch with Russia and Ukraine and told them to work on local ceasefire for early evacuation of its nationals.

Dismissing Russian claims of students being held hostage, he said, "They are trying to win the sympathy of the countries I mentioned by accusing Ukraine of keeping foreign students as hostages and violating their rights and decimating them. But I would like to say one thing that for 30 years, Ukraine was home for your students and it continues to be, even under fire from Russia".

Putin had first claimed that Indian students were held hostage by Ukraine, something that has been dismissed by India.