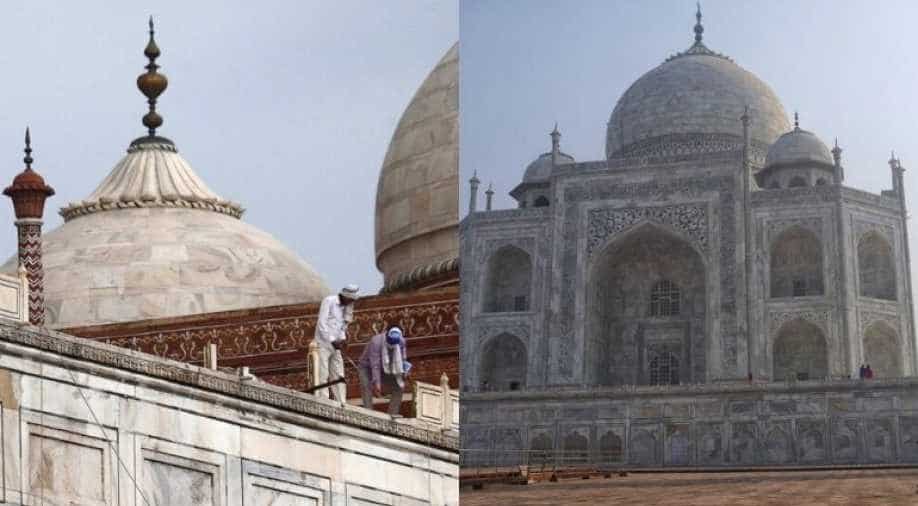 In this picture taken on May 30, 2020, workers stand on the railing of the Taj Mahal after it was damaged due to heavy rainstorm in Agra. Photograph:( AFP )

The Taj Mahal is closed for visitors due to the coronavirus lockdown.

Heavy showers with gusty wind that left behind a trail of destruction in Agra city also managed to damage minor structures in the Taj Mahal.

The 124 km per hour speed storm ravaged several structures in the city, and caused extensive damage to greenery in the monument's complex.

A part of the iron scaffolding that was being used for the mud pack treatment of the 17th century monument came crashing down, media reports said.

A red sand stoned boundary was also damaged at the rear.

The visitors' gallery at the eastern gate also suffered some damage, particularly the artificial ceiling in the security area.

The Taj Mahal is closed for visitors due to the coronavirus lockdown.