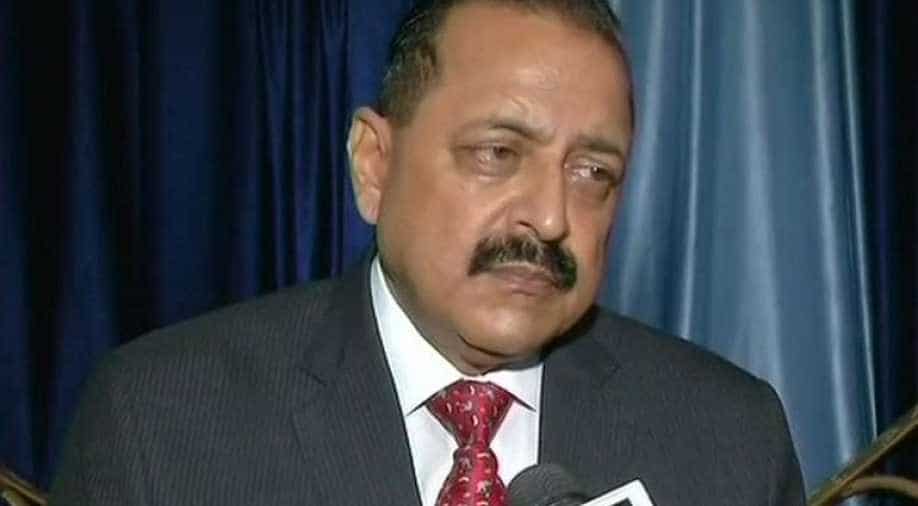 Union Minister Jitendra Singh on Saturday claimed that terrorism was in its "last stage" in Kashmir and over 600 militants had been killed because of the government's decisive actions on the anti-terrorism front. His remarks come ahead of Union Home Minister Rajnath Singh's expected visit to Jammu and Kashmir next week.

"The decisive actions that the government has taken... 600 militants have been killed during the period, and this is much higher than the number of militants killed during the UPA-I and UPA-II (governments). Terrorism in the Valley is in its last stage," he told reporters here.

Replying to a question on whether the cessation of anti-terror operations be followed by talks with Pakistan and separatists, he said, "The Government of India will take a decision which will be in the interest of the country."

On talks with separatist, the Minister of State (MoS) in the Prime Minister's Office said, "Everybody is welcome to talk. Nobody has said that we are going to send an invitation to the separatists. Anybody (any Indian citizen) is welcome to meet me."

Jitendra Singh said he had met 45 delegations in Jammu and 70-75 in Srinagar. "Nobody has been barred from coming and meeting me," he said. He said Union Minister Rajnath Singh has said that anybody is welcome to meet him.

On Pakistan, he said the neighbouring country has suffered due to the decisive action by India and now the issue of cross-border terrorism will be dealt on the military and diplomatic fronts.

Jitendra Singh said countries that never heard India's point of view on Pakistan and cross-border terrorism in Kashmir, have begun to hear, respond and support the country. On the truce announced before Ramzan, he said it was a "conditional ceasefire and to that extent, the government stands vindicated".

He said that the government has been endeavouring to resolve issues with Pakistan both at the diplomatic and military levels. The Modi government has taken bold decisions such as demonetisation and implementing the GST for the development of the country, the MoS said. He reaffirmed the Centre's commitment to pay special attention to Jammu and Kashmir

"The Central government has taken a number of initiatives to address the problems of border people, including compensation and relief to the victims of Pakistani shelling," said Jitendra Singh.

On the opposition's formula of contesting forthcoming elections against the BJP under the one seat-one joint candidate formula, he said this is an experiment and is being tried by certain groups that tried to come together despite the difference in ideologies.

Replying to a question on the demand for delimitation of assembly seats in Jammu and Kashmir, he said that delimitation is also part of the agenda of alliance (AoA). On the killing of a BJP worker in West Bengal, the MoS alleged there is state-ruled terror unleashed against the BJP in Bengal.