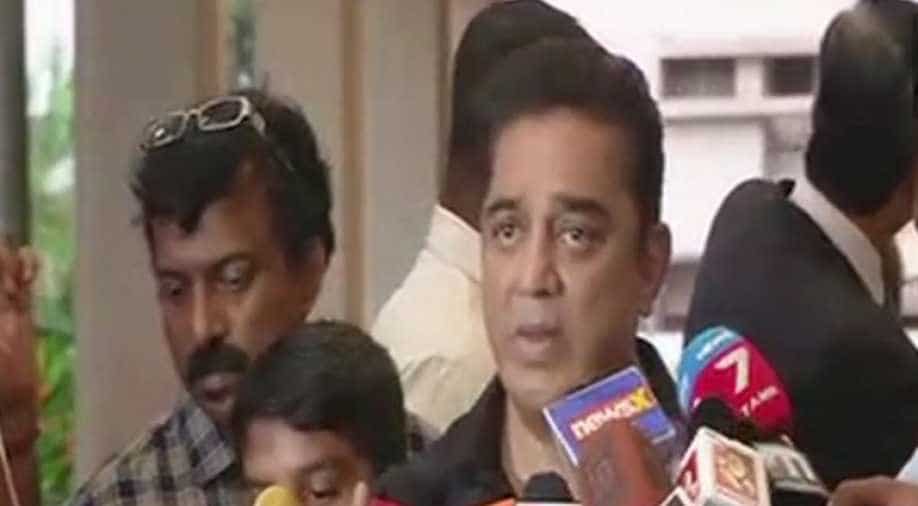 Kamal Haasan's remarks were challenged by the BJP and the RSS. Photograph:( ANI )

In his strongest-ever hint that he would be joining politics, actor Kamal Hassan said on Thursday that he was seeking Kerala Chief Minister Pinarayi Vijayan's advice and would meet more politicians before deciding on a career in politics.

Kamal Haasan met Pinarayi Vijayan over lunch at his official residence in Thiruvananthapuram.

Asked by reporters if they had discussed politics, Kamal Haasan replied, "For sure".

On his political plans, Kamal Haasan said, "Have been talking to the Kerala chief minister about it, taking advice, will meet more politicians before I take my call."

Asked whether he would join the Left, Kamal Haasan, 62, said he did not want to lean on any side.

Asked whether he would join the Left, he said, "My colour is obviously seen over the 40 years I have been working in cinema, definitely it's not saffron."

"I want to be in the middle of things, not leaning to any side," he added.

The chief minister's office termed the visit as a "friendly" one.