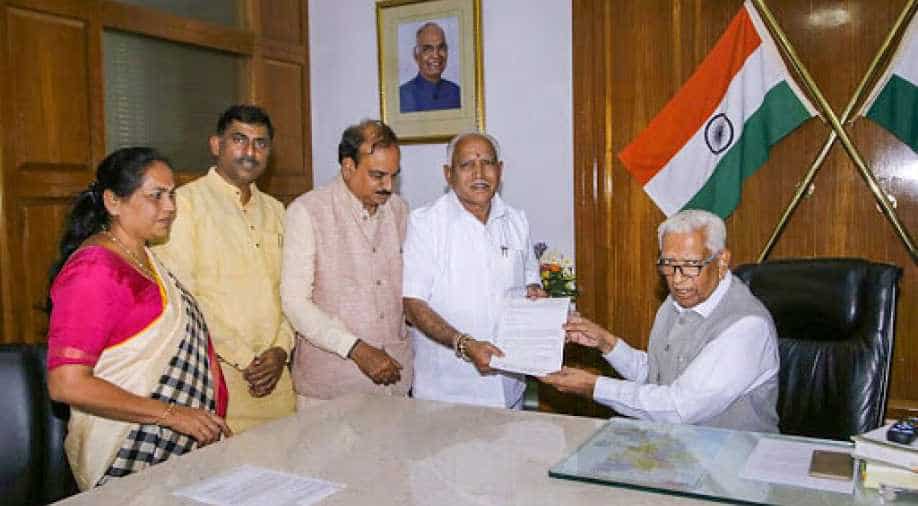 Supreme Court has agreed to hear Congress plea on the appointment of BJP MLA KG Bopaiah as pro-tem Speaker tomorrow at 10:30 am, news agency ANI reported.

Congress-JDS filed a writ petition challenging the appointment of Bopaiah as pro-tem Speaker in the Supreme Court on Friday evening.

According to reports, the petition stated that Bopaiah's appointment is a blatant move to manipulate voting during trust motion.

However, Supreme Court rejected another Congress plea to video record the voting in trust motion.

Earlier Randeep Surjewala accused Karnataka Governor Vajubhai Vala of launching yet another encounter on the Constitution by appointing KG Bopaiah as pro tem Speaker instead of the senior most MLA.

Supreme Court to hear Congress's plea regarding the appointment of pro tem speaker of BJP MLA tomorrow at 10:30am. #KarnatakaElections2018 pic.twitter.com/ctAoL0ic9R